It's a collaboration from international artists Filthy Luker and Pedro Estrellas​ 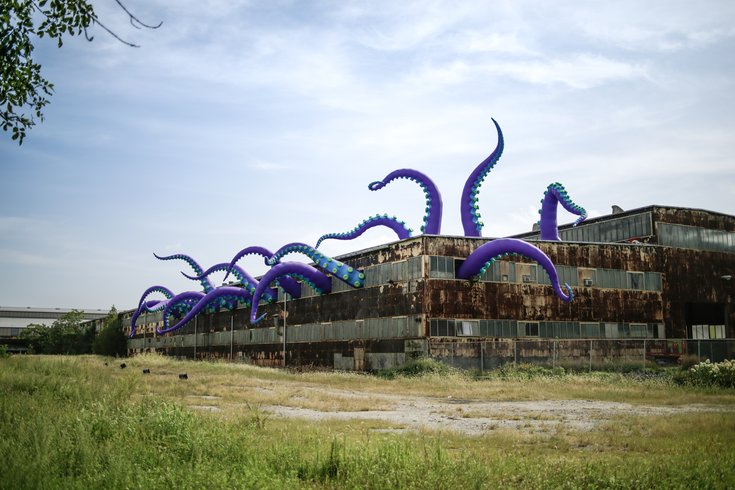 "Sea Monsters HERE" is an inflatable sculpture up at the Navy Yard at Building 611.

A giant inflatable sea monster sculpture is poking its tentacles out of the walls and windows of Building 611 for a new installation by international artists Filthy Luker and Pedro Estrellas called "Sea Monsters HERE" in collaboration with the Navy Yard and a group of anonymous Philly artists and curators called Group X.

The sculpture is made of 20 inflatable arms, each 32 to 40 feet long, protruding from the 215,000-square-foot, metal-paneled, two-story building — which was constructed in 1942 and formerly used as a storehouse for the Naval Air Material Center.

The purple arms are visible, flying in the wind from the Delaware River and PHL International during the day and lit up at night, too. "Sea Monsters HERE" will be on display until Friday, Nov. 16.

According to a media release, the main purpose of the light-hearted pop-up is just that: to interject a bit of humor into urban public spaces and make passersby think. 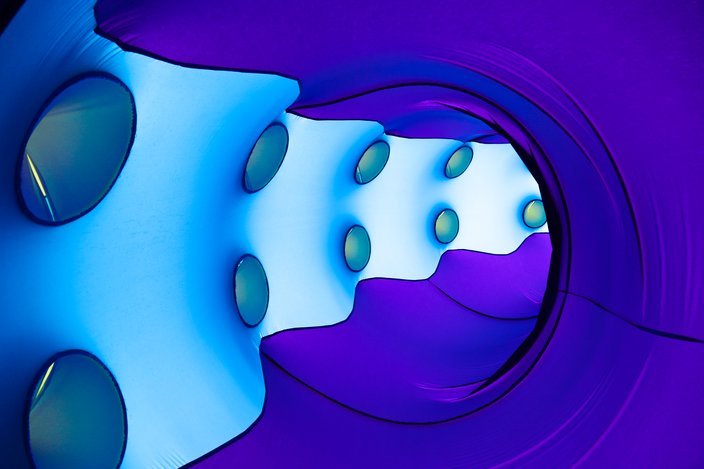 An up-close look at the inflatable tentacles from “Sea Monsters HERE.” 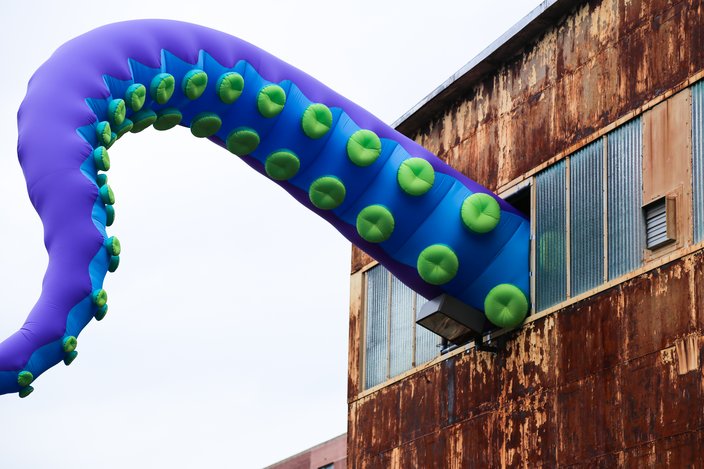 An up-close look at the inflatable sculpture “Sea Monsters HERE.”

“The Navy Yard is the perfect place to create a large scale public installation for a number of reasons,” Group X said in a media release. “We’re aiming to make artwork enjoyable for all. We want to break through the proverbial, and in this case physical, walls that can too often keep people from feeling invited into the arts world ... and with this installation, we’re just getting started.”

Construction of the installation begain during the last week in September and wrapped up on Oct. 7. So if you were one of the few who spotted this thing going up before the official announcement, good on you.

Luker and Estrellas have been making these larger-than-life surrealist sculptures all over the world for quite some time. They're known for these colorful tentacles on city and historic buildings, bulging eyes on trees, and enormous green plant sprouts coming out of sidewalks.