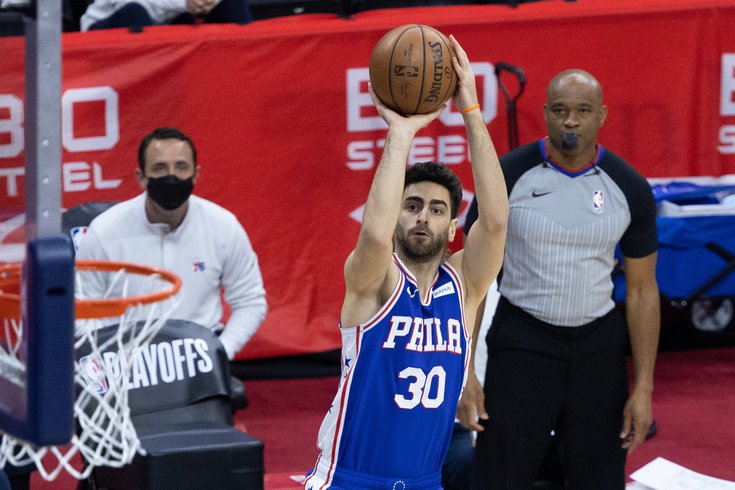 Furkan Korkmaz is returning to the Sixers on a three year, $15 million deal, a source confirmed to PhillyVoice on Monday evening. ESPN's Adrian Wojnarowski was the first to report the news

It has been a long and strange path to get here for Korkmaz. Drafted by the franchise in 2016, Korkmaz looked to be on his way out of town in 2019 after the Sixers declined to pick up his third-year option. Rumors swirled that he was going to head back to Europe, but a deal later in the 2019 offseason brought him back to Philly on a team-friendly deal, giving him another chance to make an impression.

Korkmaz finally broke through, turning in an excellent shooting season in 2019-20 and following that up with an effective, if slightly down year in 2020-21. The Turkish wing took steps forward as a defender under the tutelage of Dan Burke last season, and though that's still far from a strength of his, it has given him a better chance to fight for minutes when things get tough in the playoffs. Perhaps most importantly, Korkmaz has emerged as a semi-reliable spot starter for Philadelphia, an extra shooter who helps open the floor up when one of their stars is out due to injury or illness.

There were questions about whether he would return to the Sixers yet again — rumors swirled over the last few hours that Cleveland might swoop in with a larger contract — but the Sixers ultimately held onto him. The money is not necessarily all that important here, as the Sixers were in possession of full Bird rights for Korkmaz, preserving their mid-level exception for other candidates.

At this price, Korkmaz makes plenty of sense as a depth piece, and the real question will be how large of a role he has moving forward. Had Korkmaz departed, the Sixers would have had more minutes open up for the likes of Isaiah Joe and rookie Jaden Springer, who each bring something different to the table but are fighting for a lot of the same off-guard opportunities off of the bench. Doc Rivers has proven to be a fan of Korkmaz during his short tenure here, and at the very least, increased competition should bring the best out of everybody.