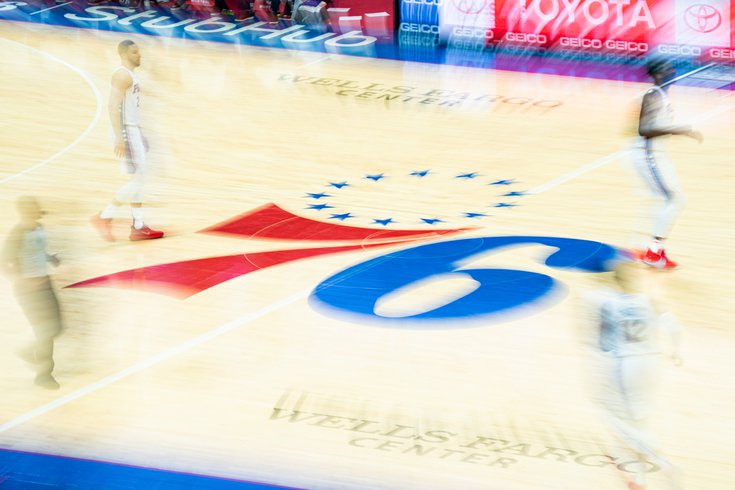 UPDATE [7:51 p.m.] — After some recent reports suggest that Dwight Howard was going to return to the Lakers, where he won an NBA title in 2020, it appears that's exactly what the veteran center is going to do. According to Adrian Wojnarowski, Dwight is going (going) back (back) to Cali (Cali) ... again.

Howard was a solid backup for the Sixers during the regular season, but became didn't play nearly as well in the postseason. Now, Daryl Morey and Co. will need to find his replacement.

UPDATE [7:26 p.m.] — The Sixers will reportedly be bringing back shooter and unrestricted free agent Furkan Korkmaz on a three-year deal worth $15 million, according to ESPN's Adrian Wojnarowski. Korkmaz, despite having four years of experience, is just 24 years old and was one of the big Sixers free agents this offseason, along with Danny Green, who remains unsigned, and Dwight Howard, who is rumored to potentially be heading back to the Lakers.

Furkan Korkmaz has agreed to a three-year, $15M deal to stay with the 76ers, his agents Mike Lindeman and Jeff Schwartz of @excelbasketball tell ESPN.

You can read more from Kyle Neubeck, here.

Earlier in the evening, Kyle Lowry, a potential Sixers target as part of a sign-and-trade, posted that he'd be joining the Heat. His deal is reportedly worth $90 million over three years.

Stay tuned as what's already been a busy start to free agency doesn't appear to be slowing down any time soon...

The NBA Draft is in the rearview. The Ben Simmons rumors aren't going anywhere. The Sixers could make a big move any day. And the NBA offseason is only just beginning.

That's because so far this summer, much of the talk has been surrounding trades, fake trades, trade rumors and the like. But free agency is about to join the fold and turn the knob on NBA rumor season up to 11. And the Sixers have some decisions to make, both in terms of which of their own free agents they want to bring back, and which guys they'd like to snatch up off the open market.

We've already taken a look at the Sixers free agents, like Danny Green, Dwight Howard, Furkan Korkmaz and others, and debated whether or not it's the right move for Daryl Morey and Co. to try to re-sign each. And even though re-signing your own free agents is rarely where the biggest intrigue lies — that's typically reserved for the players your team is considering bringing in to try to improve the roster — there could be some this offseason with Green, who got a bit of heat earlier this summer over his comments regarding the fans.

As Bleacher Report's Jake Fischer wrote on Monday in a story about Kyle Lowry possibly being a fit in Miami, the veteran forward "is known to have interest in playing for the Heat." The Sixers could still offer Green considerably more in terms of compensation given that they hold his Early Bird Rights, but that's no guarantee that's enough to lure him back to Philly.

As for the players the Sixers might look to add, their hands will be pretty tied in free agency due to their salary cap situation. Because of exceptions and the like, it's hard to give an accurate number on what the Sixers have to spend. Unlike football, that could change depending on which player they're looking at and how their salary situation could change, pending internal moves. But suffice it to say the biggest changes to the Sixers roster will likely come via trade, especially if the team re-signs Green.

There will still be moves nonetheless, and with the NBA's legal tampering period opening at 6 p.m. on Monday evening, you're likely to see a ton of rumors involving the Sixers, even though they can't afford a ton of players. That's just life when you have a traditionally aggressive executive leading your front office.

With that being the case, we've decided to post a daily rumor thread that will run throughout the week until deals can officially be signed on Friday at noon — and possibly beyond if there are still a lot of free agents on the open market that would fit with the Sixers. Keep it locked right here for all the latest news and rumors, and we'll top this post off with anything directly involving the Sixers...