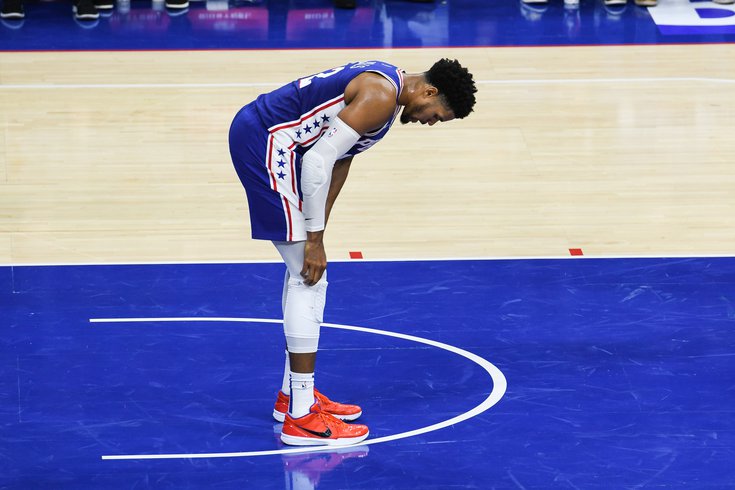 Will Tobias Harris bring back any kind of splashy return in a trade this season?

It is only mid-November, a long way from the deadline and almost a full month away from the December 15th date that marks the unofficial start of trading season in the NBA. Yet here we are, discussing a small trade rumor involving Tobias Harris, as is tradition.

Were it not from Shams Charania at The Athletic, this morsel probably wouldn't register at all:

76ers officials have begun their usual check-ins with teams across the league ahead of the Dec. 15 date for players who signed contracts in the offseason to be traded, when trade talks begin to intensify. Philadelphia’s Tobias Harris has come up in the 76ers’ conversations with clubs so far, league sources said.

In his 12th NBA season, Harris has adapted to a new role and has been regarded as a model teammate and leader for the 76ers. He’s averaged 14.7 points and 6.2 rebounds while attempting 12.1 field goals per game — the lowest since his 2015-16 season in Orlando. [The Athletic]

Insofar as the Sixers are talking to teams, it's a part of Philadelphia's yearly process leading up to December 15th, the date when most players who were signed in the offseason can now be traded. In the month leading up to that date, the front office gets on the phone with as many teams as they can, Daryl Morey and Elton Brand essentially splitting the responsibility and working their way through the league.

(A brief note before we get back to this story — I'm told there has been some interest in Matisse Thybulle in preliminary discussions around the league, and I'd expect him to be a rumor mill fixture up until the deadline.)

From what I have heard, there's a lot more activity right now than usual as a result of some surprise starts (good and bad) across the NBA. A lot of teams are bunched up in the middle and trying to figure out exactly what the right path forward is. You've heard plenty of those rumors already — the Lakers are desperate for shooting, and the guard-heavy Knicks are looking to see if they can turn some of that depth into a more cohesive roster. Harris' name has been discussed quite a bit already, and on the Sixers' end, the reality of the situation is that Harris will continue to pop up in rumors because of how much money he's making, even if he's not being actively shopped.

The Sixers have limited ways to improve or change their current team as a result of the money tied up in several big-money deals, but a couple of those they're quite happy with. The Sixers have no problem being married to Joel Embiid on a max deal, and certainly aren't bothered by James Harden's below-market contract he signed this past summer. That leaves Harris, the Goldilocks for trade rumors. He has a big contract to match salaries, a useful skill set that can help teams in different ways and no warts as a character/locker room guy. Philadelphia is going to work the phones right up until the deadline, and Harris is the clear-cut candidate to get moved if they make a splashy trade.

The other context to any Harris deal: the closer he gets to the end of his contract, the more proactive he and his representation are going to be about looking for his next long-term commitment. Rumors about his/their desire for an extension popped up in the offseason, which is something to monitor as he settles into a pretty clear fourth-option role when Philadelphia is healthy.

But even if the Sixers aren't enamored with Harris' monster contract, he has done his best to adapt into the player they need him to be. His efficiency has dipped some after a torrid start, but Harris is shooting nearly 40 percent from three on good volume, taking over five threes per game this season. He has been a quick-release shooter on a team in desperate need of as many of those as possible, and a (mostly) reliable source of offense in the Harden-less stretch the Sixers have embarked on. With Tyrese Maxey struggling to find his groove, Harris' steady approach has been helpful to have around.

Defensively, Harris has not been the individual defender he was to end last season, and Philadelphia's recent defensive improvement has been largely spearheaded by Embiid (that's putting it lightly). Harris has had some low moments on that end this season, including a bewildering help defense excursion that ultimately sunk the Sixers in their loss to Milwaukee during the opening week of the season. At this point, I think we can at least say Harris is a passable, if not mostly helpful defender on an average night, a guy you can feel comfortable with on a lot of switches but aren't thrilled with as a top-assignment defender.

And maybe that's both the reason you'd look to move him and the reason it's hard to figure out what a potential return would look like. Now that Harris has been a more willing shooter, he does offer the versatility that for a long time was only theoretical. Send Harris out, and there are questions about how many one-way or limited players you'd have in the rotation.

What do you target in a Harris deal at this point? It's the view of this writer that concern over guard play is overblown, as the healthy Sixers will be running basically everything through Harden, Maxey, and to a lesser extent De'Anthony Melton. The value of a true sixth man is minimal here unless one of their stars is hurt, and in that case, they're probably drawing dead in the playoffs regardless. More players like Melton — impactful on defense, useful on offense — would push Philadelphia in the direction they want to go, but those types of players don't come cheap, and likely aren't being exchanged for someone like Harris unless you're sweetening the pot.

The good news is that we are slowly approaching the point where Harris' contract might at least approach a neutral-level asset. It has long been assumed that 2023-24 is the year where a Harris deal becomes more realistic, his expiring contract allowing a team to potentially clear huge space for summer 2024. Maybe someone gets a head start on that around the deadline this season, or maybe somebody simply decides they don't mind paying Harris at an above-market price to bring a steady voice, production, and stability to their team.

All I can promise you between now and the deadline is that the Sixers are going to be active, and they won't turn down any opportunities they feel give them a better shot to win a title this year. As one of their few big-money contracts they can move, Harris' name is likely to come up quite a bit between now and February 9th, and I'll do my best to sort through the noise for you.