Richard Lewis on ‘obnoxious,’‘satanic’ Larry David and his impending ‘nervous breakdown’ in Philly 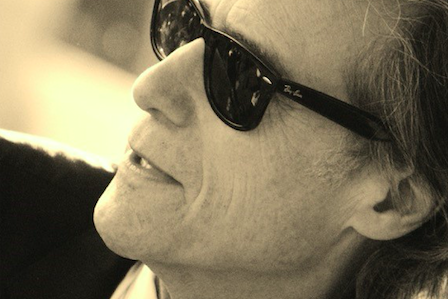 Richard Lewis will be at Helium Comedy Club Oct. 19 through 21.

With its dueling insults and endless comic misunderstandings, the friendship between Larry David and Richard Lewis on eight-plus seasons of “Curb Your Enthusiasm” is one of the beloved HBO series’ greatest pleasures. But it’s more than a fictional contrivance. Theirs is a genuine relationship dating back decades.

“We were born in the same hospital--[the long-gone] Brooklyn Jewish Hospital--three days apart,” he explained during a recent, shtick-filled phone call.

“I was [born] premature and he was mocking me for a while, and then he started beating me up with his mother's umbilical cord. It was a whole scene.”

Okay, maybe Lewis, who pitches camp at Helium Comedy Club Oct. 19 through 21, was exaggerating about their earliest days together. But, as he told it, “We did go the same sports camp as teenagers. I really hated him, and he hated me. He was an obnoxious, gangly, despicable, trash-talking crap-head. We were enemies in camp. I hated him!”

Ultimately, their paths crossed for a third time in their relatively brief lifetimes.

I was [born] premature and he was mocking me for a while, and then he started beating me up with his mother's umbilical cord. It was a whole scene.”

“About nine years later, I became a comic. He came into the club and he loved my work and he then became a comic and we became best friends, inseparable. Then one night--I must have had a few drinks after the show--I looked at him in a way that scared him. I said, 'You look very familiar, and there's something about you that's like, satanic.

“We retraced our childhoods and, lo and behold, we were the same Larry and Richard that hated each other nine years earlier. It is amazing.”

That, reasoned Lewis, is “why I think our connection works.”

According to Lewis, his involvement with “Curb” began shortly after HBO greenlighted the show’s first season, which aired in 1999 and 2000.

“He came over my house. He said, ‘Do you want to play Richard Lewis? I know that will really bury you as an actor.’

Not that Lewis gave David carte blanche to do with him what he would.

But he's clearly one of the greatest storytellers of our generation [and the best] since Norman Lear, that's for sure.”

“I made one demand,” he recalled.

“I told him that I don't want [to be in] one episode out of 10 [that first season]. I said, 'I don't want to be like back in the old days—"All in the Family:” ‘Look who's at the door! Sammy Davis Jr.! I don't want to show up at a delicatessen: ‘Hey! There's Richard Lewis!’ I won't do it. Give me at least three or four episodes so I can create an arc between us.’”

When it was suggested to Lewis that, for all his mishagoss, he is the voice of reason when the two share a scene, he replied he believed David “wouldn't look at it like that at all.”

But, he added, they have clearly defined roles.

“I wear my heart on my sleeve,” he offered. “His heart is nowhere to be found sometimes. It's like hidden in his feet. That's because he doesn't like getting personal. I live for getting personal. When I get personal with Larry, he gets nervous, so I rarely call him with anything personal.

“But he's clearly one of the greatest storytellers of our generation [and the best] since Norman Lear, that's for sure.”

As for what fans can expect at Helium, Lewis promised an, ummm, interesting evening.

“I don't have an act, I just have a thousand things in my head,” he insisted. “I basically have a nervous breakdown, and hope [people] enjoy it.

“If I don't go onstage and tell the audience how I'm feeling, I'm just wasting my time and just getting a check. It’s my obligation” to tell the unvarnished truth.

“I don't mean to sound like the messiah, but in some regards, I might be. You never know.”