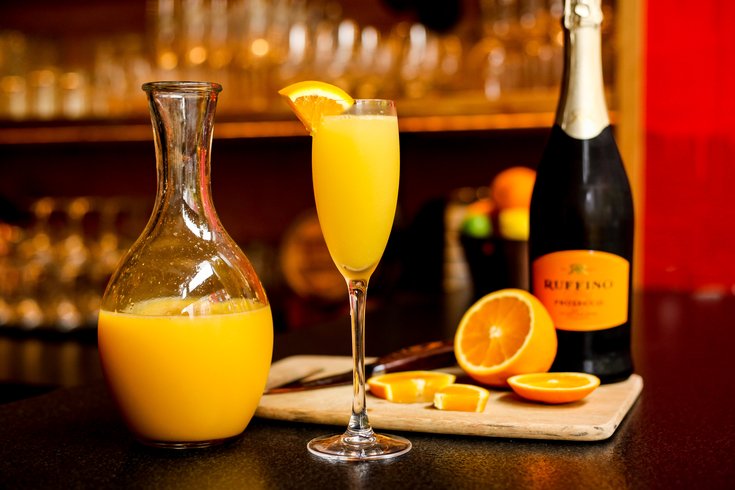 Coming by a true bottomless brunch -- a/k/a, an endless flow of mimosas or Bloody Marys with your waffles and omelet -- can be difficult to come by in Philadelphia. The state's quirky liquor laws lead many restaurants to skip the option altogether, while others will offer happy hour-style discounts, rather than a flat fee for all-you-can-drink orange juice and champagne.

In Center City, such a deal was initially offered at Harp & Crown when it rolled out its brunch menu in 2017, offering five brunch cocktails for $15. The deal has since been nixed.

Other spots like Passyunk's Brigantessa, Market East's Jones, and the Moshulu on Penn's Landing are a select few restaurants in Philly that offer a true-to-its-name bottomless brunch option. Starting this weekend, another will join the ranks: the modern Indian bistro Veda, at 19th and Chestnut streets.

Veda will offer bottomless mimosas for $15 a person Saturdays and Sundays from 11:30 a.m. to 2:30 p.m. The deal is part of Veda's entirely new brunch menu, where you can expect Indian-influenced takes on classic brunch dishes. Some à la carte menu items include the masala omelet, made with chilies and served with naan and shrimp tacos, served with kachumber and sweet chili aioli. 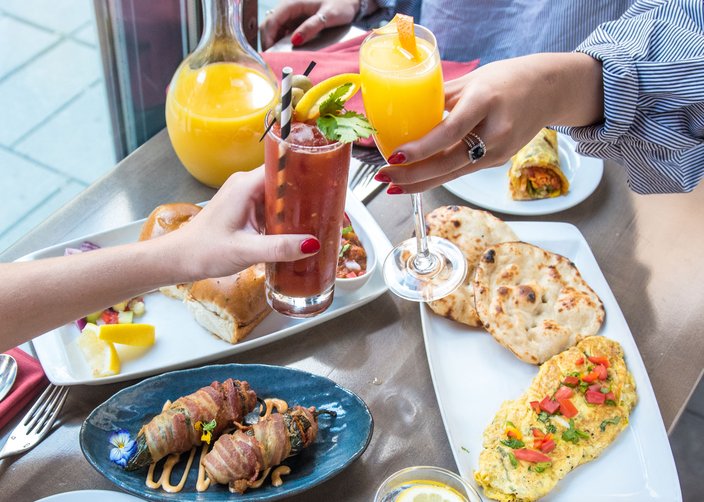 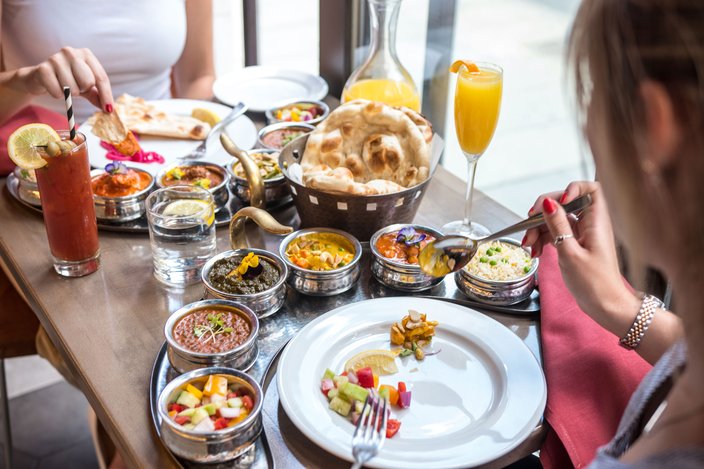 If you're not accustomed to Indian dishes and flavors, you can also opt for $8 wine and cocktail pairings to go with what you order. Brunchers who aren't trying to imbibe can also treat themselves to freshly made mocktails made with seasonal ingredients.


The new menu debuts this weekend. While the bottomless brunch deal is $15, if you want to upgrade to the good stuff, Veda is offering bottomless Moët & Chandon, this weekend only, for $65 a person.

Check out the full menu here.