By Sharon Lurye
PhillyVoice Contributor
Hotels The Logan
from 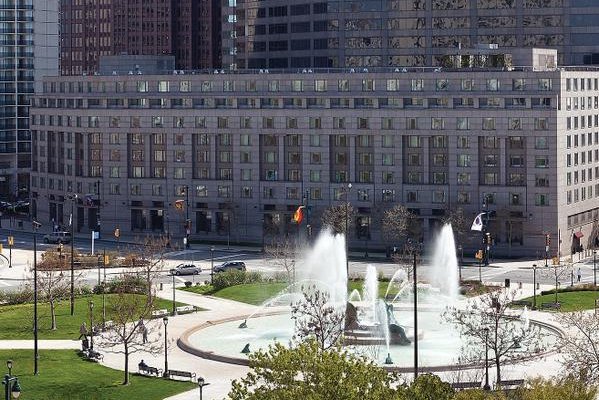 The Four Seasons Philadelphia closed in June, in order to move to a new location. It will be replaced by The Logan.

A new hotel in Logan Square this month plans to show how green it is by donating a little green to the Pennsylvania Horticultural Society.

The Logan, which is replacing the Four Seasons that closed in June, will donate 10 percent of each guest's total room revenue at best available rates to PHS from Dec. 31 to March 31, after the nonprofit group's famous Philadelphia Flower Show.

“We are proud to be the only hospitality destination in the Center City region with an extensive, lush outdoor courtyard and rooftop herb garden; and the hotel’s namesake, James Logan, was a lover of botanicals," said General Manager Joseph Santore.

James Logan was an Irish-born Quaker who served as secretary to William Penn and later became Mayor of Philadelphia.

As the Philadelphia Business Journal reported, the donations will support the Society's education and urban beautification programs, including management of the Swann Memorial Fountain in Logan Square, the Azalea Garden at the Philadelphia Museum of Art and the Rodin Museum.