Experts say not to rush to overreaction, as countries impose travel bans 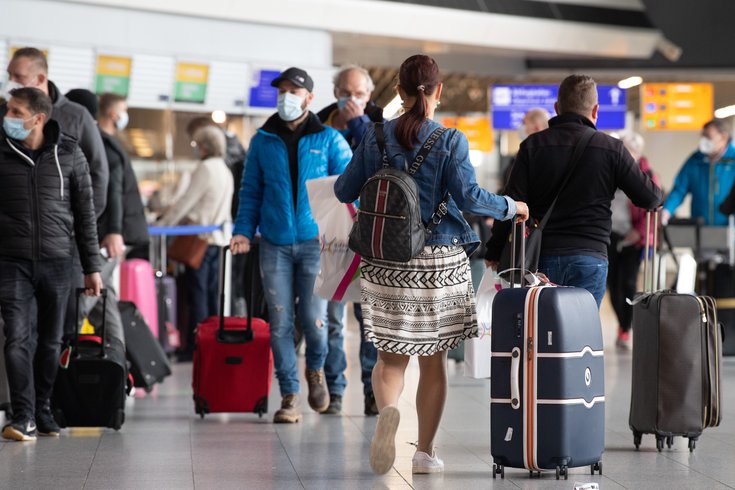 The new COVID-19 variant, first discovered in South Africa, has resulted in increased travel bans for several African countries. Pictured above is an airport in Frankfurt, Germany, as leaders decide whether to restrict air travel from South Africa.

A new COVID-19 variant discovered in South Africa—named "Omicron" by the World Health Organization— has the potential to be highly transmissible given its large number of mutations, scientists say.

The variant has resulted in a rapid influx of new cases across South Africa, particularly in Gaunteg, the nation's largest province. AP News reports that South Africa's COVID-19 cases were down to just over 200 new cases per week, skyrocketing to 1,200 new cases on Wednesday, and 2,465 on Thursday.

The variant is not expected to be more lethal or lead to more severe infection, but the rapid surge in cases could point to higher transmissibility. Currently, the Delta variant has the highest rate of transmissibility, and the U.S. Centers for Disease Control and Prevention say it is twice as contagious as previous forms of COVID-19.
The variant has been discovered in South Africa, Botswana, Israel, in a traveler to Belgium from Egypt, and in a traveler to Hong Kong from South Africa, according to CNN.
The variant has 30 mutations in its key "spike" protein, which is what the virus uses to get into the cells they attack. Sharon Peacock has led COVID-19 genetic sequencing at the University of Cambridge. Peacock told AP News that the variant "may have evolved in someone who was infected but could then not clear the virus, giving the virus the chance to genetically evolve," she said.
While the large number of mutations could indicate a higher rate of transmissibility, experts say it is still too early to determine how infectious the new variant could be, adding that additional testing and investigation is necessary to make any further predictions on the impact of the virus, including how it responds to vaccines.
Professor Tulio de Oliveira, director of the Center for Epidemic Response and Innovation, told CNN that the variant has more mutations than expected, noting that it is "spreading very fast and we expect to see pressure in the health system in the next few days and weeks."
The World Health Organization met Friday to assess data and determined that the new strain of COVID-19 is a "variant of concern," as reported by The New York Times. The WHO says this is because the high number of mutations can potentially cause a higher rate of "reinfection" in those who have previously contracted the virus.
The United Kingdom was the first to announce a suspension of travel, adding six African countries to their "red list" which requires those returning to the UK to undergo a 10-day quarantine if traveling from any of those countries.
Other countries with travel restrictions imposed on African countries include Italy, Austria, France, Japan, Singapore, The Netherlands, Malta, Malaysia, and Morocco, according to CNN.
Health officials with the Biden administration announced on Friday afternoon that the United States would begin to suspend air travel from eight African countries over concerns related to the variant. These countries include South Africa, Botswana, Mozambique, Eswatini, Namibia, Lesotho, Zimbabwe, and Malawi.
Experts continue to advise that vaccination is the best way to prevent infection and spread of COVID-19. Anyone aged 5 and older can schedule a vaccine appointment using this online tool.
This story is still developing.