Break the new fireworks law in Abington, and you'll be warned

Subsequent violations will result in a $100 citation, according to new police policy 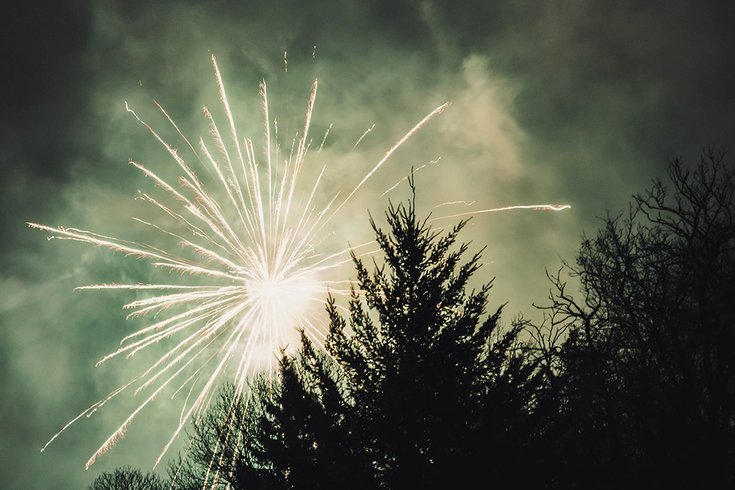 When the Pennsylvania Legislature quietly inserted changes into the state budget in October to loosen the state's fireworks law, you had to know many pyrotechnical amateurs were licking their chops for the arrival of the Fourth of July.

The new law permits aerial fireworks, or pyrotechnic devices designed to be launched into the air. It means Pennsylvania residents can now buy and set off the same high-flying shells that only out-of-state residents had permission to do.

Previously, state residents were limited to sparklers and other less-dangerous items. Anybody wanting to launch bigger fireworks had to seek a permit from their municipality to buy and discharge them on their property.

But when they gave permission for people to launch Class C fireworks in their own backyards, legislators had at least half a mind to institute some common-sense restrictions on their use.

The law prohibits fireworks from being:

• Set off within 150 feet of an occupied structure.

• Discharged from or within – or toward – a motor vehicle or building.

• Lit or set off on public or private property without express permission of the property owner.

• Discharged while the person is under the influence of a controlled substance.

But anybody out and about on the weekend leading up to the Fourth of July, as well as the holiday itself could clearly see – and hear – aerials rising and booming over neighborhoods, clearly in violation of the 150-foot rule.

Apparently residents of Abington Township saw it, too, and complained in greater numbers this year to municipal police, who announced Tuesday they have developed a new procedure to handle such complaints.

Bottom line: fireworks offenders will have to offend twice before they are cited. (Parents of young children and pet owners will be thrilled by this news.)

Now, officers will respond to the fireworks location to determine if any of the restrictions were violated, the department announced. (Police noted there are few Abington neighborhoods where residents can set off fireworks without violating the 150-foor restriction.)

If there is a violation, the officer will issue a WARNING NOTICE and ANY (emphasis by police) subsequent violations will result in a state citation with a $100 fine plus court costs.

That policy is a bit more generous than the state law itself, which under its Penalties section, says that "a person using consumer fireworks in violation of the provisions of this article commits a summary offense and, upon conviction, shall be punished by a fine of not more than $100."