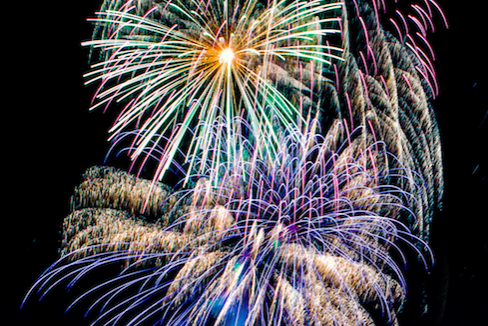 One man in York learned the hard way this week that a neighbor's celebration can quickly become his nightmare. He's fortunate that it didn't turn out much worse.

The York Daily Record reports that on the eve of Independence Day, a local man noticed flames bursting through the top of his front door.

The 70-year-old retiree grabbed his fire extinguisher to beat back the flames and protect his wife, who was ill inside their home.

Another neighbor witnessing the scene from afar realized that the homeowner's front porch and a nearby bush were engulfed. He reportedly rushed over with a garden hose to assist until firefighters arrived at the property.

The fire ultimately cracked a window, melted a pair of porch lights and the door bell, damaged the front door and destroyed a large bush. The flames were largely out by the time firefighters arrived.

Police said the fire was caused by falling debris from a neighbor's fireworks and an investigation is underway.

Legislation passed last year allows Pennsylvania residents to purchase aerial fireworks with up to 50 milligrams of explosive material. Before, only ground fireworks and sprinklers had been permitted for sale.

Despite the law's passage, local governments still hold the authority to impose restrictions on fireworks within their municipal limits. Philadelphia still only permits sparklers, for example.

City officials in York pointed out last month that aerial fireworks are still only allowed in restricted areas.

"The truth is that you must be 150 feet away from an occupied structure, meaning there are very few places in the City of York where fireworks can be used," officials said in a Facebook post.