Another ballot measure was approved, allowing nonprofits to raise revenue through games of chance 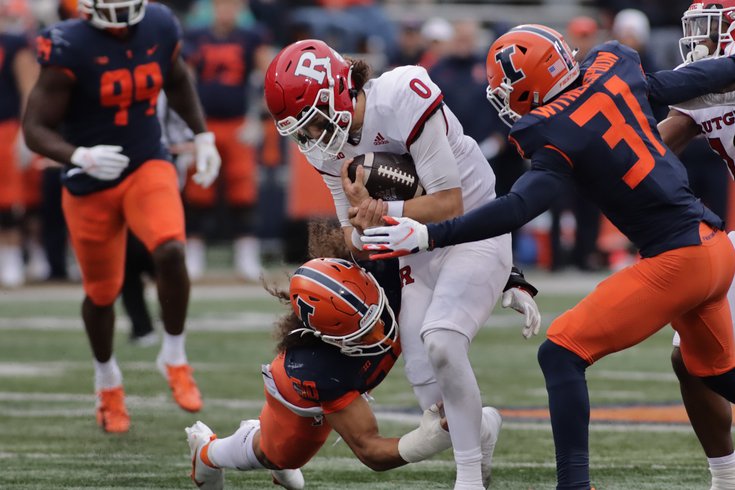 New Jersey voters rejected a ballot issue that would have permitted gambling on college sports in the state, such as football games played by the Rutgers University. New Jersey legalized sports betting in 2018, but will continue to prohibit gambling on in-state college sports.

Voters in New Jersey decided against a ballot measure that would have expanded sports betting on college athletics.

The ballot issued was rejected by 56% of voters Tuesday, with more than 97% of precincts reporting, the Associated Press reported.

New Jersey has been a trailblazer in the arena of sports betting, taking a landmark case all the way to the Supreme Court to end a federal prohibition on states authorizing sports gambling. And in September, New Jersey became the first state in the country to take more than $1 billion in sports bets in a single month.

The vast majority of bets are placed using online books, which comes with a 13% tax rate compared to 8.5% for in-person wagers.

But while professional sports betting has been legal for a few years in New Jersey, some college games have remained off limits. The ballot issue posed to voters on Tuesday read as follows:

Do you approve amending the Constitution to permit wagering through casinos and current or former horse racetracks on all college sport or athletic events? Currently, wagering is prohibited on college sport or athletic events that take place in New Jersey. Wagering is also prohibited on an event in which a team from a New Jersey college participates.

The amendment would have allowed betting on college teams and events in New Jersey, from Rutgers University football games to Seton Hall basketball games and any other NCAA event held in the state, such as March Madness tournament games at the Prudential Center in Newark.

Leading up to the election, a Stockton poll showed 51% of voters were against the ballot issue compared to 37% in favor of it. A Farleigh Dickenson poll showed a nearly even split among voters.

A second ballot issue posed to voters asked whether nonprofits should be permitted to make money from games of chance, such as bingo and raffles. That measure passed with more than 64% of voters in favor of the change, which will give nonprofits another revenue source to maintain operations.