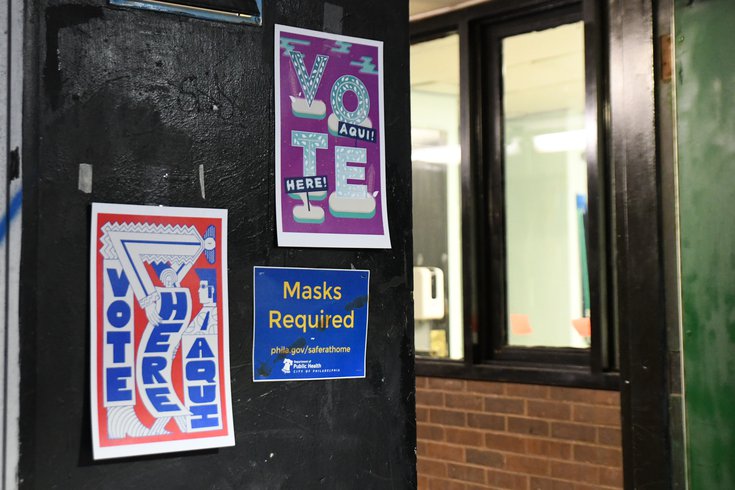 All politics are local on Election Day this year. New Jersey voters are deciding on their next governor, in an election that pits Incumbent Phil Murphy against Republican Jack Ciattarelli, but they also are selecting candidates for the state senate and state assembly.

In Philadelphia, District Attorney Larry Krasner is running for reelection against Republican Chuck Peruto. After a contentious primary for Krasner, which the progressive prosecutor ultimately won easily, the general election has been very quiet with the incumbent declining to debate his opponent and Peruto not mounting much of a campaign otherwise.

There are also state and local judicial races in Pennsylvania.

In New Jersey and Pennsylvania, the polls are scheduled to be open until 8 p.m. As the votes are counted and the results become available, they will be added to the tables below.

Philadelphia DA Larry Krasner won a second term against Republican Chuck Peruto. The victory is a nod to the Registration edge Democrats have over Republican in Philadelphia as much as it is a show of support of Krasner's progressive reform agenda. Read more coverage of the Philadelphia district attorney election.

New Jersey's first legislative district represents parts of Atlantic and Cumberland counties, and all of Cape May County.

In New Jersey’s District 2 Senate election, Democratic Assemblyman Vincent Mazzeo is running against Republican candidate Vincent Polistina for the district’s open state seat. In the Assemby, Democrats John Armato and Caren Fitzpatrick up against Republicans Don Guardian and Claire Swift. The race is shaping up to be the most-expensive legislative election in New Jersey this fall. Read more coverage of the New Jersey Legislature's District 2 elections.

Parts of Camden and Gloucester counties

District 5 of the New Jersey Legislation covers parts of Camden and Gloucester counties.

Sen. Dawn Addiego, the Democratic incumbent is running against Republican Assemblywoman Jean Stanfield for the Senate seat in New Jersey’s District 8. In the Assembly election, Republicans Mike Torrissi and Brandon Umba are facing Democrats Mark Natale and Allison Eckel. The election is expected to be one of the most competitive and expensive legislative races in the state this fall. Read more coverage of New Jersey's District 8 elections.