In the 2nd Legislative District's state assembly election, Republicans Don Guardian and Clair also Swift are ahead of their Democratic opponents 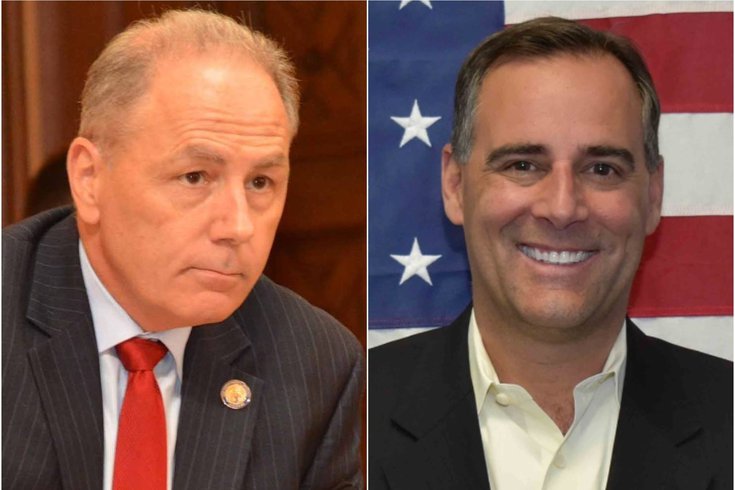 In the race for the open Senate seat in New Jersey's District 2, Republican Vincent Polistina has pulled ahead of Democrat Vincent Mazzeo. Polistina held a 4.4% lead over Mazzeo Wednesday evening, but a winner has yet yo be declared.

The race between Democrat Vincent Mazzeo and Republican Vincent Polistina for the New Jersey Legislature's open Senate seat in District 2 is attracting attention – and money.

Mazzeo or Polistina will fill the vacancy left by Republican Sen. Chris Brown, who stepped down this summer after Gov. Phil Murphy appointed him to be a senior adviser to the state's handling of Atlantic City.

Brown already had indicated that he would not seek reelection this fall after serving the district for nearly a decade in both houses of the state legislature.

Polistina was tapped in August to serve out the remainder of Brown's term. The Egg Harbor Township native had been one of the District 2 representatives in the Assembly from 2008-2012. A municipal engineer by trade, Polistina previously ran for state Senate in 2011, but lost in the general election.

Similar to New Jersey Republican gubernatorial candidate Jack Ciattarelli, Polistina's campaign focused on making the state more affordable by pledging to cut taxes and government spending. Polistina has said that New Jersey has become too expensive for middle-class families. He blames the Democrats for the increase in state spending.

Mazzeo is in his fourth term serving District 2 in the Assembly; he took office in 2014. A grocery store owner, Mazzeo was formerly on the Northfield Township Council from 2003-2007 and served was mayor of Northfield from 2007-2014.

Mazzeo also focused his campaign on taxes, but in a different way than Polistina. Mazzeo has pointed to Democratic efforts to better fund state-run property tax relief programs like the Homestead Benefit and the Senior Freeze. He also wants to increase funding for K-12 schools. If elected, Mazzeo would be the district's first Democratic state senator since 2017.

On the Assembly side, John Armato is running for a third term in Trenton. The Northfield Democrat has been in the Assembly since taking office in 2018. Fellow Democratic candidate Caren Fitzpatrick is an Atlantic County Commissioner from Northfield. Both candidates primarily campaigned on property tax reforms, diversifying the local economy and addressing the impacts of climate change.

Republican Don Guardian was mayor of Atlantic City from 2013-2017. His GOP running mate Swift is a Margate City attorney. The duo campaigned on tax reforms, making the district more affordable, supporting small businesses, safety and addressing flooding. No Republican has held an Assembly seat in the district since 2017.

At least $3.3 million had been spent in both races, putting District 2 on pace to be the most expensive legislative election in the state this year.

The majority of campaign spending came from outside groups. All six candidates spent a combined $1.2 million, while more than $2 million had come from political action committees — including one with ties to the New Jersey Education Association. The state's teachers union endorsed the Democratic ticket in the race.

About 37% of the district's voters are Democrats, 26% are Republicans and the remainder are undecided. Despite the number of registered Democrats outpacing registered Republicans, the district has almost always been a battleground race. Therefore, unaffiliated voters could prove to be the difference in the election.

The 2nd Legislative District is one of the few in New Jersey that typically has had split representation. The district has been represented by two Democrats and one Republican for four election cycles in a row since 2014.