The Democratic incumbent is the first from his party to win re-election in N.J. in more than 40 years 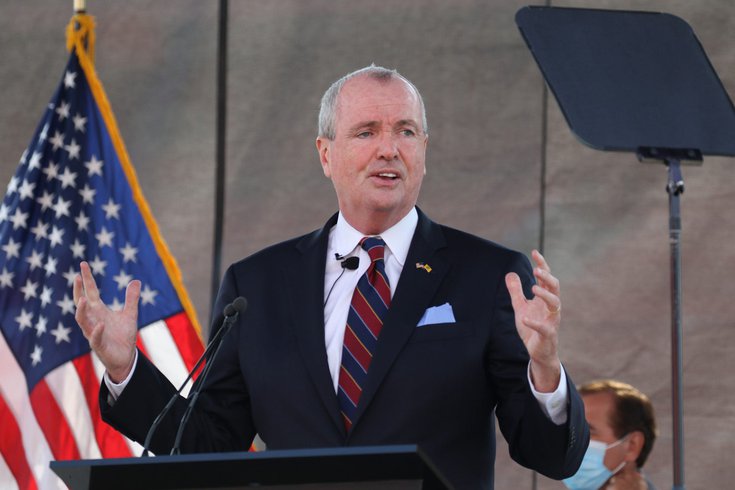 New Jersey Governor Phil Murphy won a tight race to earn second term in office, holding off a valiant challenge from Republican Jack Ciattarelli, according to projections by the Associated Press.

What many believed would be a comfortable victory for the incumbent Democrat turned into a drawn-out nail biter, with Ciattarelli hanging close behind in a vote tally came down to the wire.

Murphy, who trailed Ciatarelli heading into Wednesday, took a slim lead by the afternoon and never let go as the last remaining votes, many of them mail-in ballots from Democratic strongholds, were added to the final count.

The governor is expected to give his victory speech Wednesday night. Watch it streamed live below.

The Associated Press called the election with Murphy leading by more than 19,000 votes and with less than 2% of precincts left to be counted. In a tight race that some observers believed could drag on for several days, there still remains the potential that Ciattarelli could request a recount.

Murphy is now the first Democratic governor to win re-election in more than 40 years. The last Democrat to be elected to a second term in office was Gov. Brendan Byrne in 1977.

Prior to the election, the most recent polls for the New Jersey governor's race had Murphy leading Ciattarelli by an average of 7.8 points. Polling data for the race consistently put Murphy in the lead with a margin in his favor ranging between 6 and 13 points since Ciattarelli won the Republican primary.

The main issues Murphy and Ciattarelli grappled over during the campaign include Murphy's handling of the COVID-19 pandemic, education funding, New Jersey's economy and the role of former President Donald Trump.

RELATED: An at-a-glance recap of Tuesday's election results in Pennsylvania and New Jersey

During his first term, Murphy led a progressive shift in New Jersey politics that saw the introduction of tougher gun restrictions, higher taxes on the wealthy, a minimum wage increase, expansion of paid sick leave and the legalization of recreational marijuana. His administration also steered among the nation's more cautious approaches to the pandemic, marked by extended periods of restrictions and robust requirements for hospitals, schools and workplaces to minimize the impact of the virus.

Ciattarelli hoped to flip the governor's office back to GOP control and capitalize on a political climate that has seen Republicans candidates gain ground in several key races across the state, including a battle in South Jersey's Third District that appears likely to unseat longtime Senate President Steve Sweeney.

The 59-year-old Ciattarelli won New Jersey's Republican gubernatorial primary in June, beating out three other candidates for the right to face Murphy in the general election. This was Ciattarelli's second campaign for governor; he lost in the 2017 Republican primary to Guadagno.

Ciattarelli and his running mate, former GOP state legislator and longtime Philly TV news reporter Diane Allen, had  promised to "fix New Jersey" in the wake of the pandemic.

As a state legislator in the New Jersey General Assembly, Ciattarelli formerly represented the 16th District from 2011-2018. His district covered parts of Hunterdon, Mercer, Middlesex and Somerset counties.

A native and resident of Somerset County in Central Jersey, Ciattarelli got his start in politics on Raritan Borough Council from 1990-1995. He then rose to countywide office in 2007 when he was elected as a Somerset County freeholder. Ciattarelli also previously worked as an accountant and later was the owner and publisher of Galen Publishing, a medical publishing company.

Heading into Tuesday's election, much of the national focus was on a tightly contested Virginia governor's race that was won by Republican Glenn Youngkin, who pulled away and finished about 80,000 votes ahead of incumbent Democrat Terry McAuliffe.

If Ciattarelli had been able to pull off an upset in New Jersey, it could have significantly shifted the course of state politics alongside Republican gains in the legislature. Even with a loss, the strong Republican showing in Tuesday's election has sent a clear message to Democrats in New Jersey and around the country as attention turns to the 2022 mid-terms.

Turnout was historically low in Tuesday's election in New Jersey, particularly in urban areas that Democrats rely on for votes. It nearly cost Murphy a second term and will serve as another wake up call to fellow Democrats, who have come to expect New Jersey will be a predominantly blue state. In 2020, Democrats won 10 of the state's 12 U.S. House of Representatives seats. and President Joe Biden defeated Donald Trump by more than 15 percentage points.

Though Murphy managed to earn a win, his small margin of victory points to potentially choppy waters for Democrats in the years ahead.