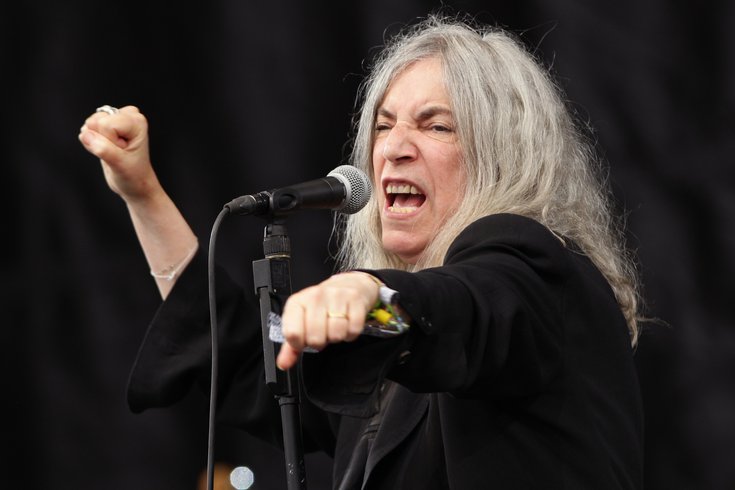 Patti Smith spent much of her childhood growing up in Gloucester County before becoming a punk icon in the 1970s.

Patti Smith and Ron Jaworski, two public figures with strong ties to the Philly region, will be enshrined in the New Jersey Hall of Fame later this year.

Smith and Jaworski were among the 23 inductees named Tuesday as part of the state hall of fame's 2021 enshrinement class.

Before becoming a punk icon in New York in the 1970s, Smith spent much of her childhood growing up in Pitman and Deptford, Gloucester County.

Jaworski played 10 years for the Eagles from 1977-1986. His decade in Philadelphia was highlighted by his Pro Bowl selection and the team's first-ever Super Bowl appearance in 1980. Jaworski, who currently lives in Voorhees, Camden County, went on to have a successful broadcasting career with ESPN and co-ownership of the Philadelphia Soul arena football team.

The 23 honorees were selected from a pool of 50 nominees across five different categories after a public vote was conducted in May. Nominees typically are born in New Jersey or spent time living in the state.

The nominee who received the most votes from the public in each category was automatically added to the state hall of fame. The New Jersey Hall of Fame's board was then tasked with determining the 18 remaining inductees.

"We asked New Jerseyans to help choose the next class of heroes and they delivered," New Jersey Hall of Fame chairman Jon F. Hanson said. "We are honored to celebrate the lives and contributions of these notable New Jersey luminaries and greats."

The 13th annual induction ceremony will be held virtually in October for a second consecutive year due to the COVID-19 pandemic. The event will be broadcast on My9NJ.com Oct. 16, Oct. 17, Oct. 23 and Oct. 24, as well as on NJ PBS, radio and social media.

The entire New Jersey Hall of Fame 2021 induction class, broken down by category, is below:

• Madeline McWhinney Dale: first female officer and vice-president of the Federal Reserve Bank
• Madam Louise Scott: founder of the Scott School of Beauty Culture and owned chain of beauty salons
• Paul Volcker: 12th Chair of the Federal Reserve who served under Presidents Carter and Reagan
• Sara Spencer Washington: founder of Apex News and Hair Company in Atlantic City, named one of the "Most Distinguished Businesswomen" at the 1939 New York World's Fair