Homemade baked goods finally can be sold in New Jersey

The state had been the only one where it was illegal to sell cookies, cakes and pies made in a household kitchen 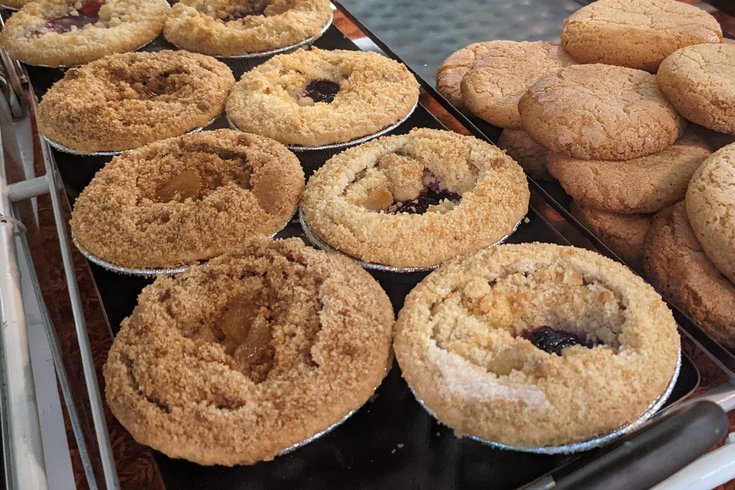 New Jersey was previously the only state in the country where selling homemade baked goods was illegal. Above is a file photo of small pies and snickerdoodle cookies.

New Jersey home bakers can now have their cakes and sell them too.

The state's Office of Administrative Law published rules Monday that allow residents to sell homemade baked goods so long as they receive a permit as a cottage food operator.

New Jersey had been the only state in the country where selling homemade baked goods was illegal. The state's food code required the use of a commercial kitchen to sell baked goods.

Bakers will be allowed to purchase two-year permits for $100 to sell their breads, pastries, cookies, cakes, pies and other goodies. Baked goods can be sold from home, at farmers markets or other events. Online advertising will be permitted, too.

Residents cannot exceed $50,000 in annual income from baked goods sales, according to the newly-issued regulations. Permits are renewable every two years and will be issued on a first-come, first-serve basis.

Applications for cottage food operator permits are expected to go live in the coming days, according to the New Jersey Home Bakers Association. License applications will be available on the Department of Health's website.

"We cannot thank you all enough for your patience and support during the years leading up to this momentous change in the state's food code," the New Jersey Home Bakers Association wrote on Facebook.

Under the previous rules, home bakers were required to register as retail food establishments before selling anything, according to the Asbury Park Press. They were mandated to rent or build a large-scale kitchen, pay several fees and follow a massive number of regulations designed for commercial establishments.

Residents who sold homemade baked goods without approval were subject to cease-and-desist orders and fines of as much as $1,000.

The state's Public Health Council approved the ruling in July, but the practice remained illegal until the regulations were published Monday, clearing the way for home bakers to apply for permits and begin selling their favorite goodies.