Eugene Bozzi, who went viral for his wildlife encounter, said he didn't want to be like the estranged Sixers star 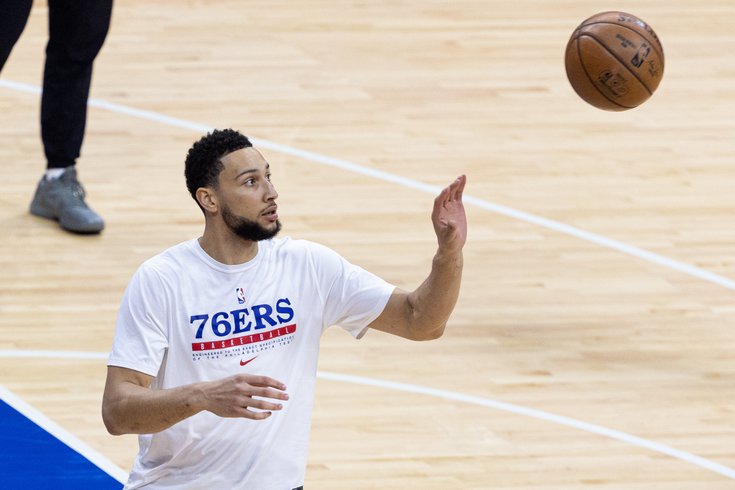 As the Ben Simmons situation hangs over the Philadelphia sports world, a welcome dose of humor came from Eugene Bozzi, the North Philly native who captured an alligator last week in Florida using a trash can. During an interview with CBS3, Bozzi cracked a joke about not acting like Ben Simmons in that situation, instead choosing to get the gator in the basket.

Every few years, Philadelphia can count on a good "Unlike Agholor" moment to surface at an opportune time. It's inevitable that a pro sports meltdown will eventually coincide with another unusual event that has local relevance, bringing the two together for a layup zinger.

The whole Ben Simmons saga has been brewing for several months since the Sixers were knocked out of the NBA playoffs in July, thanks in part to the same-old tentative performance from the former top draft pick. And as the Sixers start their preseason slate on Monday night, there's still no clear end in sight to the team's standoff with the jilted All-Star, whose trade demand and holdout have been funneled through an exhausting stream of media leaks from the Simmons camp.

As long as everyone is talking about the situation, why not hear from the North Philly guy who went viral last week for capturing an alligator in a trash bin outside his home in Florida?

Eugene Bozzi, the U.S. Army veteran who expertly corralled the gator in Mount Dora, joined CBS3 for an interview about his brush with the wild. He couldn't help but liken the situation to Ben Simmons passing up a dunk in Game 7 against the Atlanta Hawks (the Simmons reference comes around the minute mark).

Eugene Bozzi, the Philadelphia native who captured an alligator in Florida last week, joined @BurrellTV Monday for an interview to discuss how he was able to catch it. pic.twitter.com/Ww7MVEKdkk

Bozzi explained that he felt compelled to address the gator situation out of fear that his daughter might get hurt.

"I think my father instincts kicked in, because my daughter's a risk-taker. She's got a bike. We're from Philadelphia, so we don't have alligators, so she'd try to hit the tail with the bike, you know, with the alligator and all that," Bozzi said. "So I just jumped into action and said, 'You know what? I'm not gonna be Ben Simmons, I'm gonna go (grab) me this basket.'"

One could argue this is the kind of thing that's driven Simmons away from Philadelphia, but it would be a strained argument to make at this point. Simmons has drawn his line in the sand and hasn't shown up for work. If he wants out, it's only fair for Philly fans to make light of the situation by roasting him.

Even NBC10 meteorologist Glenn "Hurricane" Schwartz got in on the action recently.

🏀 Our own @HurricaneNBC10 doesn't hold back on Ben Simmons. "What is wrong with that guy?" https://t.co/d9J1MR2VNg pic.twitter.com/GkPcYAW3yS

If Simmons could find his sense of humor somewhere, he might even be able to laugh at some of these jokes. Unlike Nelson Agholor, that doesn't seem to be the way Simmons operates.