The recut 1985 boxing movie promises 40 minutes of never-before-seen footage; It is in theaters for one night on Nov. 11 and then available on demand 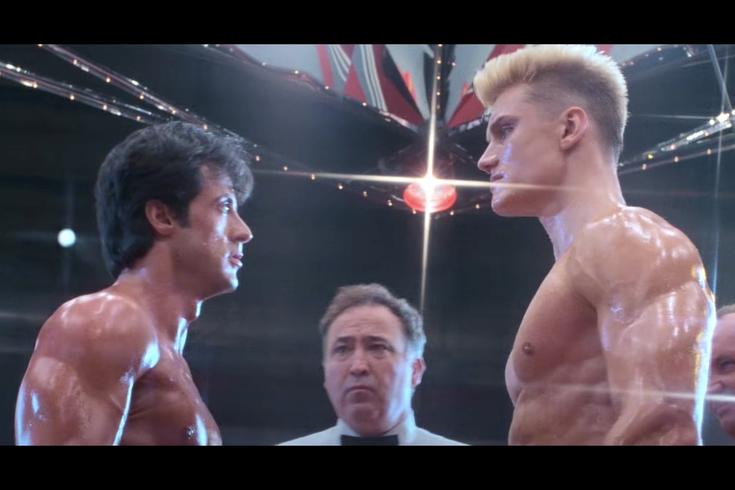 The trailer for "Rocky IV: Rocky vs. Drago," Stallone's much-anticipated director's cut of the classic 1985 boxing film, was released Thursday. The re-edited movie promises 40 more minutes of new footage, and it will be shown in select theaters on Nov. 11 before becoming available on demand on Nov. 12.

Rocky Balboa and Ivan Drago are ready to go another round. Sylvester Stallone and MGM Studios on Thursday released a trailer for "Rocky IV: Rocky vs. Drago," Stallone's much-anticipated director's cut of the highest-grossing film in the Rocky franchise.

Promising 40 minutes of never-before-seen footage edited into the 1985 classic, "Rocky vs. Drago" will be shown one day only on Nov. 11 in select Fathom Events theaters, and then it will be available to rent via on-demand services starting Nov. 12. The movie features a Q&A with Stallone, as well as a behind-the-scenes look at the re-editing process, according to Variety.

"Rocky IV" is a tale of revenge played out in the waning years of the Cold War. After Drago, the amateur champion from the Soviet Union, kills Apollo Creed in the ring in the Las Vegas, Rocky seeks retribution and soon departs for the Siberian wilderness to train for the fight in Moscow.

The film is known for classic lines – "If he dies, he dies" – as well as an epic training montage that is second only to Balboa's original run up the steps at Philadelphia Museum of Art as the most iconic in the franchise. When the film was released in November 1985, it earned $300 million at the box office.

Stallone originally planned to release the "Rocky IV" director's cut in 2020 to celebrate the movie's 35th anniversary. In updates posted to his Instagram account, the film's writer, director and star said he was adding new footage of Creed's ill-fated fight against Drago and nixing the storyline of Paulie Pennino's robot maid, a gift Balboa's family gave Pennino for his birthday.

"The robot is going to the junkyard forever, no more robot," Stallone told one commenter.

Watch the trailer for "Rocky IV: Rocky vs. Drago" below.

There are a number of theaters in Philadelphia and the Pennsylvania and New Jersey suburbs that will be showing the "Rocky IV" director's cut on Nov. 11. To find screens where it is playing and purchase tickets, go to the Fathom Events' website and search using your ZIP code.