Joining the Philly emcee on his first LP in three years are Lil Uzi Vert, Young Thug, Kehlani and more

The next album from Meek Mill, "Expensive Pain," is dropping Friday, and there will be no shortage of star power appearing on the rapper's first full-length project in three years.

Mill took to social media early Thursday morning to share a handwritten note revealing what appears to be the album's final tracklist, including featured artists. Before he posted the note to his Instagram story, Mill shared a picture of himself holding the piece of paper in what appears to be a studio with the caption, "ÁLBUM DONE."

"S*** super flames," Mill said in the Instagram post announcing the album's completion. Some of his collaborators agreed in the comments.

To promote "Expensive Pain," Mill and Uzi released a music video for "Blue Notes 2," in which the rappers and others ride four wheelers through empty Philadelphia streets. The duo then performed the track on "The Tonight Show." Mill also made a surprise appearance at Made in America, throwing hordes of festivalgoers into a frenzy with a performance of his hit "Dreams and Nightmares."

More recently, the rapper's camp dispatched buses featuring the album's artwork throughout Philadelphia, where they were spotted outside of City Hall and in Old City. The promo campaign also had the album artwork popping up on a boat in Miami, billboards in Time Square and on the sides of trains in Atlanta, according to Complex.

"Expensive Pain" will hit streaming services Friday. Mill on Instagram said the album is both "my best project" and "for motivational use only." Take a look at the project's 17-song tracklist below. 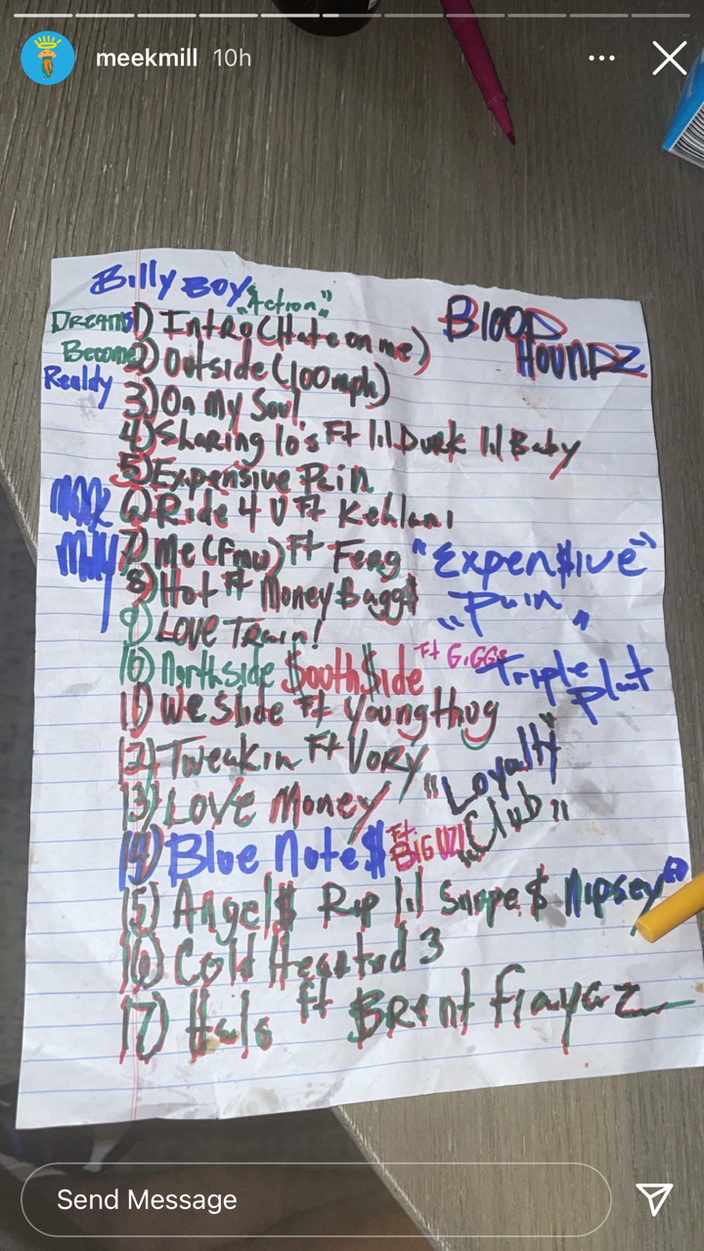