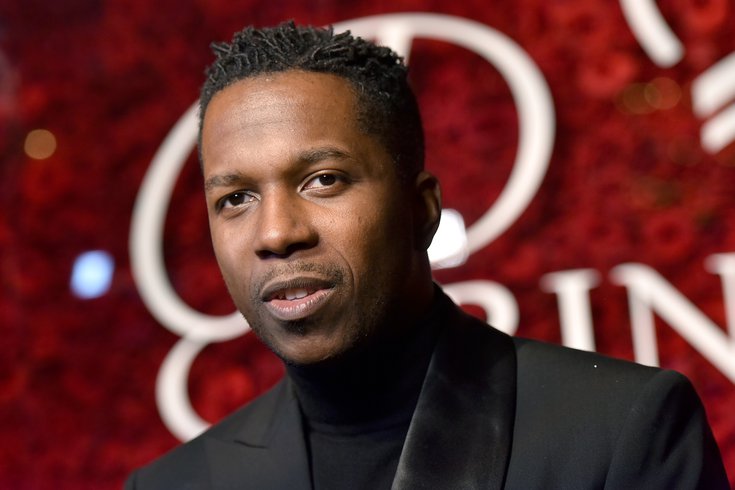 Leslie Odom Jr. appeared Wednesday night on 'The Late Late Show with James Corden,' to discuss 'The Many Saints of Newark,' hosting the Tony Awards and his 'crazy' 2021.

The day that fans of "The Sopranos" have been waiting years for is almost here. "The Many Saints of Newark," the prequel film to the critically-acclaimed HBO series, will debut in theaters and on HBO Max on Friday.

The movie stars Leslie Odom Jr. as Harold McBrayer, a numbers runner for the protagonist, Dickie Moltisanti, who eventually begins his own criminal operation. McBrayer also is a murderer who escaped from prison.

Odom talked about the movie's unique production experience during an appearance Wednesday night on "The Late Late Show with James Corden."

That's exactly what Odom found as he read through the script, he said.

"I couldn't deny that when I picked up these scenes with David Chase's writing, I was inspired," Odom told Corden. "So I think my experience was maybe a lot like the original cast and that they didn't have anything to compare it to. They were just getting great scripts and trying to do better than they did last weekend."

"The Many Saints of Newark" centers around Moltisanti, the father of "The Sopranos" character Christopher Moltisanti, and his father-son-like relationship with a young Tony Soprano.

Alessandro Nivola stars as Moltisanti. Michael Gandolfini plays the role of young Tony. Gandolfini's late father, James, portrayed the crime boss in all six seasons of "The Sopranos" from 1999-2007 before dying of a heart attack in 2013.

Odom's role in "The Many Saints of Newark" is his latest accomplishment in what has been a big year for the actor.

The 40-year-old's portrayal of the late R&B and soul singer Sam Cooke in the film "One Night in Miami" earned him the first Academy Award and Golden Globe nominations of his career.

Odom also earned an Emmy nomination for his role as Aaron Burr in "Hamilton," which debuted as a film adaptation last summer on Disney+. Odom and his wife, Nicolette Robinson, celebrated the birth of their second child this year, too.

"We crammed like five years into a single year," Odom told Corden. "It's crazy."

The Philadelphia native also hosted the "Broadway's Back" live music event at the Tony Awards. He said the experience was fun – which wasn't something he was expecting.

"Like I wanted to be professional, I wanted to do a good job, but I actually had a lot of fun," Odom told Corden. He added that it "meant everything" to have his first acting teacher, Maureen Booker, at the show, joking that Booker now coaches him on marriage and fatherhood.

Based in Philadelphia, Booker has worked on a number of theater projects over the years in the Philly region, according to Backstage.

Odom Jr. appeared on Wednesday night's show alongside TV personality and supermodel Tyra Banks, who admitted that she listens to the singer-songwriter's Christmas music year-round.

"I've been obsessed for so long," Banks told Odom. "This man's voice is like honey. He's got a unique sound and we just play it over and over again."

Both segments of Odom Jr.'s appearance on "The Late Late Show" can be seen below.