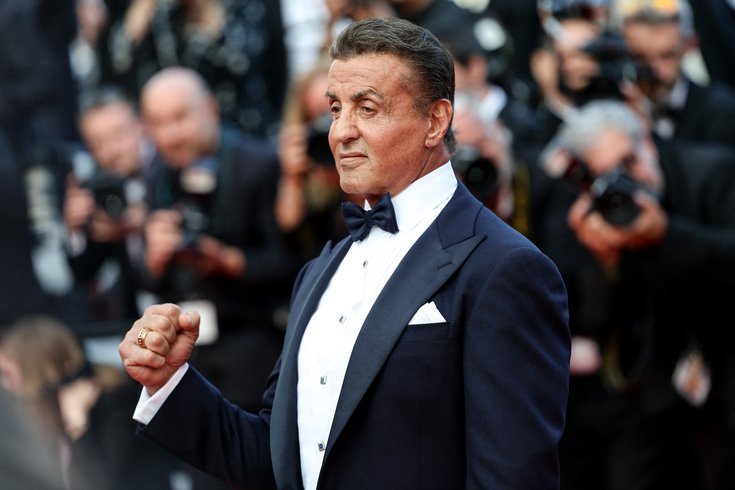 Last month, Sylvester Stallone teased that the re-edited 'Rocky IV' would be 'coming pretty soon' and that it would premiere in the Italian Stallion's home city of Philadelphia. The film arrive in theaters in November 2021.

Mark your calendars, Rocky fans. We officially have a premiere date for the "Rocky IV" director's cut that has long been teased by Sylvester Stallone.

"Rocky vs. Drago — The Ultimate Director's Cut" will debut in theaters on Nov. 11, the actor and screenwriter revealed on his Instagram account.

"So proud of all the technicians that did a great job in bringing this film & battle back to life in an amazing way," Stallone said.

Accompanying Stallone's announcement is a movie new poster. It features Ivan Drago punching Rocky Balboa, with "Rocky IV Director's Cut" written across the middle. "Rocky vs. Drago" is printed along the bottom along with two stars, one with the American flag and the other with the Soviet Union flag .

Last month, Stallone teased that the re-edited film would be "coming pretty soon" and that it would premiere in the Italian Stallion's home city of Philadelphia.

Stallone announced in August that he would be releasing a new version of "Rocky IV" for the movie's 35th anniversary – it originally was released in November 1985.  He said then that the storyline of Paulie Pennino and his robot maid, a gift Rocky's family gave Paulie for his birthday, will be cut from the re-edited version.

Since unveiling that news, Stallone has occasionally posted updates to his Instagram about the re-editing process, taking fans behind the scenes of what he's working on.

In September, he shared that he was adding footage from Apollo Creed's fatal fight against Drago. After putting the finishing touches on the film in February, Stallone said last month that the project was done and ready to go.

To accompany the director's cut, Stallone also will release a full length, behind-the-scenes documentary called "Keep Punching: The Present Meets the Past" that he said takes fans inside the re-editing process.

"Rocky IV," tells the story of Balboa's match against Soviet boxer Drago in an epic fight in Moscow that is positioned not only as Rocky's revenge for Creed's death but also as a statement about U.S.-Soviet relations in the waning years of the Cold War. "Rocky IV" is the most financially-successful movie in the Rocky franchise, having earned $300 million at the box office.

All six Rocky movies currently are available to stream on HBO Max.