Could the 'Rocky,' 'Creed' film franchises be heading to Amazon Prime Video?

The tech giant reached an agreement this week to acquire MGM, possibly clearing the way for the Italian Stallion to become available exclusively on its streaming platform 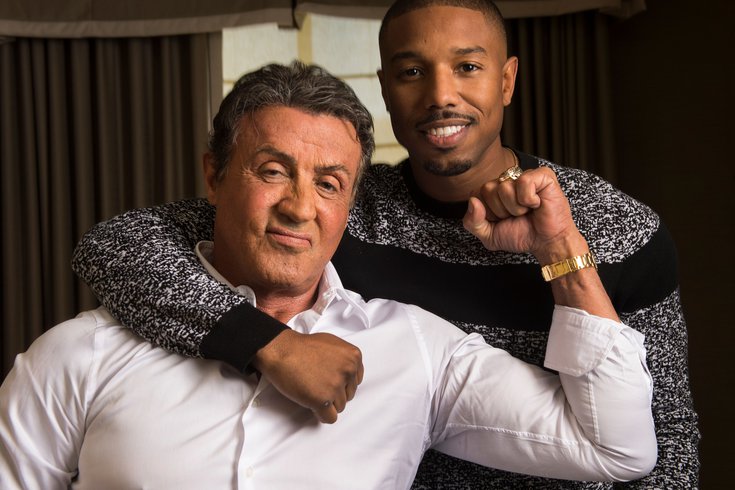 Sylvester Stallone and Michael B. Jordan starred together in 'Creed' and 'Creed II,' which follow the six 'Rocky' films.

Did you ever think a day would come where you could ask your Amazon Alexa or Echo to watch Rocky Balboa duke it out against the likes of Apollo Creed, Clubber Lang or Ivan Drago?

Well, that day could be here in the not-so-distant future.

Under the partnership, MGM would still produce its own projects, only now with the backing of Amazon. Additionally, Amazon Prime Video would serve as the digital streaming platform for MGM-produced movies and shows, thus becoming the primary landing spot for viewers to access and watch MGM's content library.

The transaction must receive regulatory approval and go through other customary closing conditions before it can be finalized.

“The real financial value behind this deal is the treasure trove of IP in the deep catalog that we plan to reimagine and develop together with MGM’s talented team," Prime Video and Amazon Studios' senior vice president Mike Hopkins said. "It’s very exciting and provides so many opportunities for high-quality storytelling.”

MGM also offers about 17,000 television shows, including "The Handmaid's Tale." The media company has won more than 180 Academy Awards and 100 Emmy Awards.

"The opportunity to align MGM’s storied history with Amazon is an inspiring combination.” MGM's board of directors chairman Kevin Ulrich said.

MGM served as the distribution and/or production home to the final four "Rocky" films and the first two "Creed" films. The media company is also slated to produce and distribute "Creed III," which is scheduled to premiere in theaters November 2022.

MGM was not involved with the production or distribution of the first two "Rocky" films. United Artists Corporation, the digital production company behind "Rocky" and "Rocky II," was purchased by MGM for $350 million in 1981 and absorbed into the latter's film distribution empire.

But with an agreement now in place between Amazon and MGM, the hope and expectation would be that both film franchises would become available exclusively to Prime Video subscribers and that viewers would not need to pay an additional fee to stream any of the films.

Amazon's agreement to buy MGM is the latest major swing taken by the tech giant to assert Prime Video's place among the biggest streaming services.

Starting in 2022, Amazon Prime Video is set to become the home of Thursday Night Football, the first streaming service ever to secure an exclusive national broadcast package from the NFL.

So if you want to watch every single Eagles game and/or any of the "Rocky" or "Creed" films when your heart desires, it appears that you'll likely need to invest in an Amazon Prime subscription within the next year, if you haven't yet already.