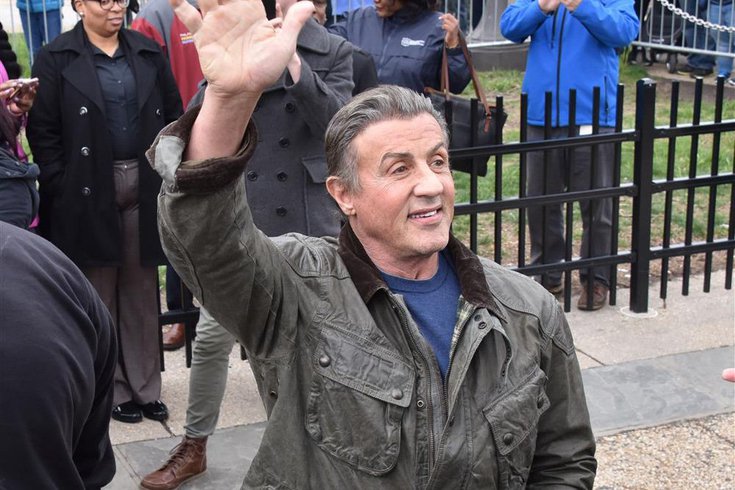 Sylvester Stallone plans to cut Paulie's robot from the director's cut of 'Rocky IV.' 'The robot is going to the junkyard forever, no more robot,' he said on social media.

"Rocky IV" is getting a makeover ahead of the film's 35th anniversary, and the special director's cut will remove Paulie's storyline with this beloved robot maid.

"For the 35th anniversary, 'Rocky 4' Is getting a new director's cut by me," Sylvester Stallone, who wrote and directed the film, said on Instagram. "So far it looks great. Soulful. Thank you MGM For this opportunity to entertain."

For the 35th anniversary Rocky 4 Is getting a new DIRECTORS cut by me. So far it looks great. Soulful.. Thank you MGM For this opportunity to entertain.

"Rocky IV" is the most financially successful installment of the "Rocky" franchise, earning over $300 million at the box office in 1985. The Cold War-era film follows Rocky Balboa (Stallone) and his rivalry with Soviet boxer Ivan Drago (Dolph Lundgren), which begins following the death of Apollo Creed (Carl Weathers), who died in the ring against Drago as he attempted to restart his own boxing career.

Stallone added in the comments that Paulie's robot, which was a birthday gift from Balboa and his family, will be entirely cut from the film. "The robot is going to the junkyard forever, no more robot," the actor told one commenter, who asked if the re-release would expand on Paulie and the robot's relationship. Another fan pleaded not to cut the robot from the film, but Stallone wouldn't budge. "I don't like the robot anymore," he said.

For those that don't remember Paulie's robot:

The robot, which was named Sico, was created by Robert Doornick. Stallone initially adopted the A.I. android for his autistic son Seargeoh, according to the Telegraph. The star then decided to incorporate the robot into the film after it became a huge hit with his family.

The cherished robot would go on to have a number of successes following the film. It guest-starred on "Days of Our Lives," toured with James Brown, and even starred in Carly Simon's "My New Boyfriend" music video.

The 35th anniversary of "Rocky IV" is Nov. 27. A release date for Stallone's director's cut has not yet been announced.