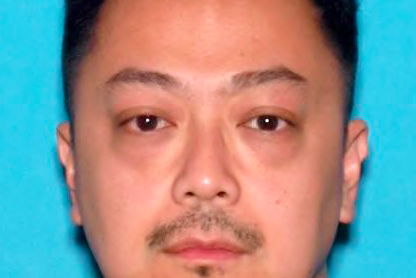 Source/Office of the Attorney General of New Jersey

Michael Jimenez, 43, of Jersey City, was arrested after New Jersey State Police and the Division of Criminal Justice executed search warrants at his two residences and law office in Millburn, where he practices remotely in New York. Officials seized computers and other potential evidence, allegedly finding more than 100 images of child pornography during a preview of one electronic device.

An investigation into Jimenez began after authorities received a tip from the National Center for Missing and Exploited Children about three Twitter accounts that allegedly were used to upload and distribute images of child pornography. The accounts were later linked to an IP addresses used by Jimenez at his South Jersey office and two residences in Jersey City.

According to prosecutors, Jimenez created the three Twitter accounts in succession, opening a new one each time Twitter detected illicit photos and shut the preceding accounts down. Jimenez allegedly tweeted multiple images of prepubescent children engaging in sexual acts.

Investigators say Jimenez had more than 800 followers on Twitter who received the images he distributed. His accounts were allegedly configured in such a way that followers would only be accepted if they actively posted similar photos.

If convicted, Jimenez faces a minimum of three to five years in prison and fines up to $150,000.

“These offenders come from all walks of life, and holding a prestigious job, even one in the legal field, is no guarantee that someone is not trafficking in this filth,” said Director Elie Honig of the Division of Criminal Justice. “By allegedly using social media to distribute child pornography, Jimenez put himself in the lowest ranks of society.”