After more than a year of negotiations, the final bill could ready for a vote on March 25 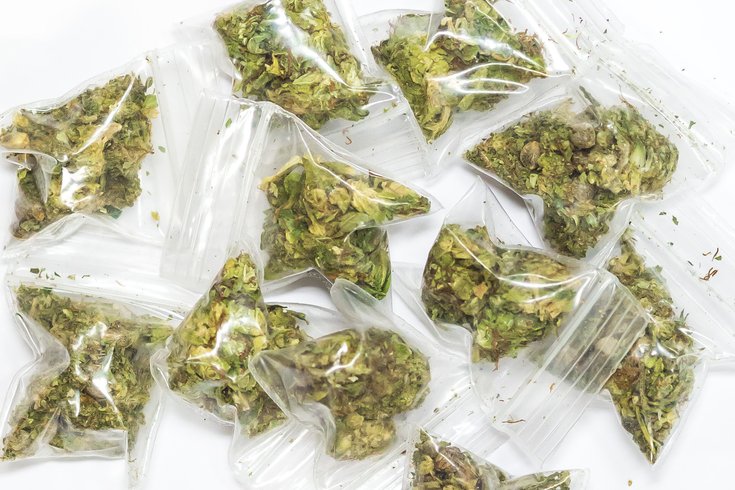 Marijuana packaged to be sold on the street.

New Jersey Gov. Phil Murphy and other lawmakers finalized a marijuana legalization bill late Monday after more than a year of negotiations .

The bill is waiting on a vote. NJ.com reported Democrats are hoping to introduce the bill and then pass it during the next voting session on March 25, in both the state Senate and Assembly.

The historic vote would legalize adult-use marijuana – or recreation marijuana use – in New Jersey and set up an expedited record expungement process for people convicted of low-level marijuana crimes.

"Legalizing adult-use marijuana is a monumental step to reducing disparities in our criminal justice system," Murphy said in a statement on Tuesday. "I believe that this legislation will establish an industry that brings fairness and economic opportunity to all of our communities, while promoting public safety by ensuring a safe product and allowing law enforcement to focus their resources on serious crimes."

• Establishes an industry that brings opportunity to all communities

Officials confirmed Tuesday morning the state would tax legal weed at a flat rate of $42 per ounce and local municipalities would be able to receive tax revenue from the products if they allow marijuana businesses into their towns.

The bill would also create a five-member Cannabis Regulatory Commission, which would be in charge of licensing marijuana dispensaries and creating regulations to govern the industry.

New Jersey would be the second state, after Vermont, to legalize marijuana for adults aged 21 and over through legislation. Other states like California legalized recreational pot through a voter ballot referendum.

Final text of the legislation will be released in the coming days, according to Tuesday's announcement.