Regulators voted Thursday to approve subsidies, even though PSEG plants are 'financially viable' 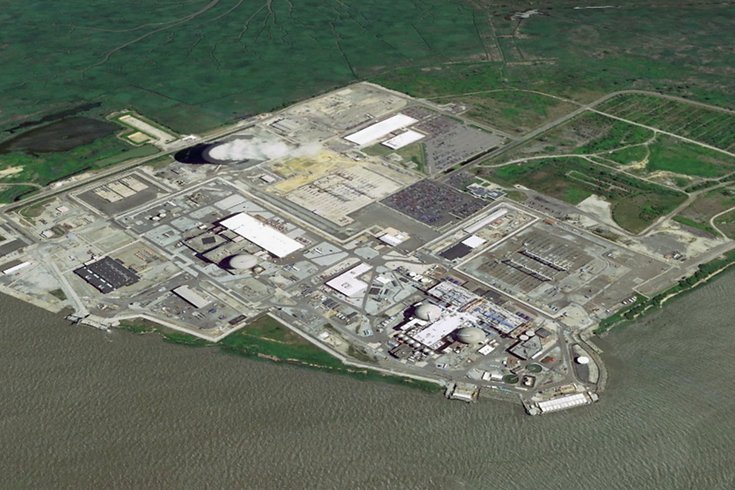 TRENTON, N.J. — After a long, expensive lobbying effort over the fate of nuclear power in New Jersey, the energy company PSEG on Thursday secured $300 million in subsidies for the state’s aging nuclear plants.

It was an important victory for PSEG, which had threatened to close the three plants, and for the nuclear power industry as it seeks to preserve its place in the energy market amid an abundant supply of natural gas.

And in New Jersey, the vote by the Board of Public Utilities laid bare the effectiveness of the efforts, as board commissioners voted yes even as some of them expressed doubts about the need for subsidies.

“The board is being directed to pay ransom, and the hostages are the citizens of New Jersey,” said Commissioner Bob Gordon, a former state legislator, who voted for the subsidy.

Indeed, the 4-1 vote came despite findings by the board’s staff that the nuclear plants were financially viable and over the objections of the state’s chief advocate for utility customers.

Customers across the state will see their rates go up this month to pay for the subsidy — an additional $35 to $45 annually for the typical residential customer, and, on average, $570,000 for large commercial customers — to compensate nuclear plants for the clean energy they produce.

New Jersey joins two other states in giving nuclear power plants hundreds of millions of dollars to continue providing power to the wholesale energy market. Legislators in Pennsylvania are exploring a similar program.

Commissioner Upendra Chivukula, who cast the lone no vote, said that the board’s decision would put an “undue burden” on taxpayers and that the state review had shown that PSEG did not need the subsidies, which he called “highway robbery.”

“You can skin the cat whatever way you want, but it’s very clear that these three units ... do not need the subsidy at this time,” he said.

New Jersey joins two other states, Illinois and New York, in giving nuclear power plants hundreds of millions of dollars to continue providing power to the wholesale energy market. New York and Illinois created their subsidy programs in 2016, and legislators in Pennsylvania, Ohio and Maryland are exploring similar programs.

PSEG pumped nearly $4 million into Trenton over the course of the 2017 and 2018 legislative sessions as it lobbied for bills authorizing the subsidies. After several scuttled bills, the Legislature passed the subsidy as part of a package that set ambitious goals for cleaner forms of energy. The legislation set the amount of the subsidy, called the Zero Emissions Credit program, and the rate customers would be charged.

To qualify, nuclear plants needed to show, among other things, that without aid, they would shut down within three years. PSEG’s Hope Creek, Salem 1 and Salem 2 plants in South Jersey make up the second-largest nuclear facility in the country, generating enough electricity to power about 3 million homes. The company has repeatedly warned that because of the low price of natural gas, it may be forced to close the plants.

On Thursday, PSEG enlisted its rank-and-file employees to help make the case in Trenton. Scores of workers from the company’s power generation division turned out for the vote. As they filed off of buses in front of the Statehouse annex, they were handed neon orange T-shirts that read “Carbon-free energy #NJNeedsNuclear.”

About 25 counterprotesters from the Eastern Service Workers Association, which represents low-wage workers such as dishwashers, seasonal workers and home health aides, walked down State Street as the meeting began, carrying a banner that read “Stop the Shutoffs! Protect People over Profits.”

“Our members are barely paying their rent now; they’re barely paying their electricity now,” said Linda Esau, a central committee board member for the group. “We got together and we’re tired of it. This increase is going to go on the community, on the people. And I don’t care if it’s a 1% raise, we can’t afford it.”

Inside, board staff members who had evaluated the applications from PSEG told the commissioners Thursday that the plants were “financially viable,” though shutting down the facilities would likely lead to additional carbon emissions as other fuels took their place.

Still, several commissioners said they felt they had no choice but to approve the subsidies at the prescribed level, and they lamented their lack of discretion over the program.

Joseph L. Fiordaliso, the board president, said it was a difficult decision, but voting against the subsidies would run “counter to everything I think we are trying to do as a community to mitigate the impacts of climate change.”

Along with Fiordaliso and Gordon, Commssioners Mary-Anna Holden and Dianne Solomon voted for the subsidy.

Stefanie Brand, the state-appointed advocate for utility customers, said she wasn’t surprised by the outcome but was troubled by the commissioners’ statements.

While the subsidies will go to PSEG, the surcharge financing the subsidies will be collected from every electric utility customer in the state, regardless of where they purchase their energy. Some customers can absorb the extra fee on their bills, said Ken Lindhorst, chief utility advocate for AARP New Jersey, but for some elderly residents whose income is low, it can lead to difficult choices.

“For them, it means a sacrifice, often of medicine or food,” he said. “If you’re poor, you have to trade something.”

In a statement, PSEG said it was “pleased with the decision.”

“The BPU just saved the people of the State hundreds of millions of dollars in what would have been higher energy costs, thousands of jobs lost and tons of environmentally damaging air emissions,” the company said.