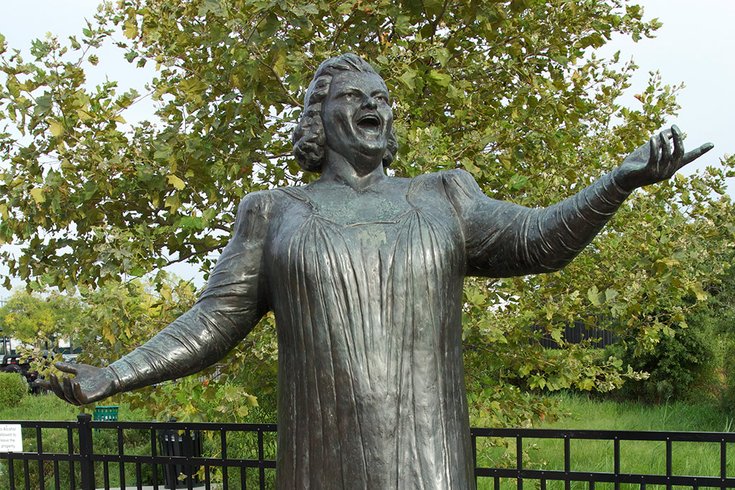 The Philadelphia Flyers have followed the lead of the New York Yankees and cut ties with late singer Kate Smith, citing a history of potential racism in her music.

A statue of Smith, whose music career peaked before and during World War II, was covered with a black tarp near the Wells Fargo Center on Friday morning.

The Kate Smith statue near the Wells Fargo Center is covered, amid reports the @NHLFlyers have cut ties with Smith over racist song lyrics. pic.twitter.com/I6eCsT5oRl

Smith sang a rendition of "God Bless America" for the Flyers in 1969 and was invited back several times in subsequent years because of a perception that she brought the team good luck. She even sang the song live before the Flyers won their first Stanley Cup in 1974.

After Smith's death in 1986, the Flyers made the song a tradition for big games and erected a statue of her outside the former Spectrum.

The New York Daily News reported Thursday that the Yankees investigated earlier recordings from Smith that included offensive references to African-Americans. One of her songs, "That's Why Darkies Were Born," refers to their enslavement as an explanation for its title.

The Flyers provided the following statement to NJ Advance Media:

We have recently become aware that several songs performed by Kate Smith contain offensive lyrics that do not reflect our values as an organization. As we continue to look into this serious matter, we are removing Kate Smith’s recording of 'God Bless America’ from our library and covering up the statue that stands outside of our arena.

There was no immediate word on when the team plans to have the statue removed.