The measure was introduced one day after the shooting in Uvalde, Texas, and was signed into law Monday by Gov. Murphy 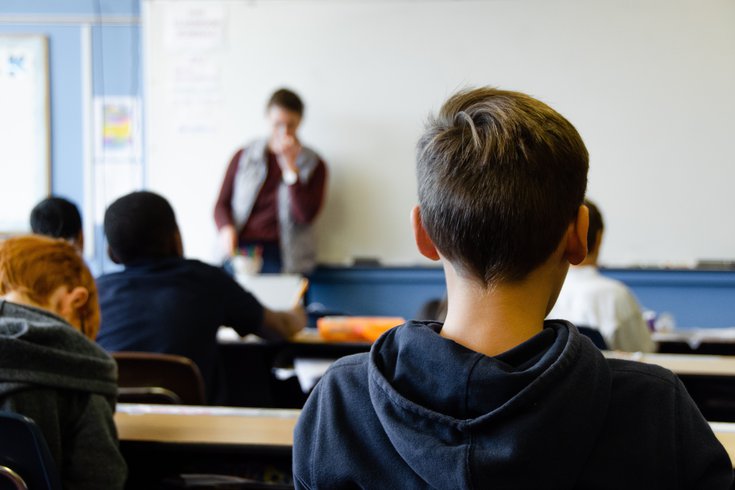 A bill signed into law on Monday by Gov. Phil Murphy requires all New Jersey schools to develop threat assessment teams to evaluate students who may pose a threat to safety. The teams will be required to be in place for the upcoming 2022-2023 academic year.

New Jersey schools must develop threat assessment teams that will evaluate students who may pose a threat to safety, according to a law signed by Gov. Phil Murphy on Monday.

The bill was introduced on May 25, just one day after a gunman opened fire on an elementary school in Uvalde, Texas, killing 19 students and two teachers. The mass shooting reinvigorated gun control activists and parents of young children throughout the country in the weeks that followed.

Threat assessment teams provide administrators, teachers, and other support staff with a way to identify students most at-risk for engaging in violence at school. They assess the risk posed to learning environments and find immediate solutions to minimize the safety risk posed to students and staff.

"Keeping public spaces safe from any form of violence or harmful activities, especially in our schools, is of the utmost importance to me and this administration," said Murphy. "It is my hope that these threat assessment teams will help students and school employees feel safe and out of harm's way when they are at school, and for students who are considered a threat to receive the much-needed help they need at such a crucial time in their lives"

New Jersey's assessment teams will be composed of a school psychologist or counselor, at least one teacher, a principal or other administrator, a school resource officer or other official who reports to law enforcement, and a designated school safety specialist.

Each team must be approved by a district's board of education ahead of the upcoming academic year, and must be implemented across all public, charter, and renaissance schools in the state.

The use of threat assessment teams has grown in popularity in recent years, particularly as a prevention strategy for school shootings and other major violent incidents that impact safety. Rather than increasing police presence in schools, threat assessment teams work to determine whether a student's behavior is temporary or poses a serious threat.

The approach largely comes from a behavioral assessment strategy developed by the U.S. Secret Service, Education Week reported. The idea was used to track threats to politicians and federal agencies before a string of school shootings in the 1990s provided a new lens for government officials to look through.

In 2004, a report from the Secret Service and the Department of Education determined that many perpetrators of school shootings and other major violent incidents recorded their plans ahead of time, but were not shared with police or other school officials. This remains common among mass shooters, with many perpetrators publishing manifestos on online forums like 4chan and Discord.

New jersey has released multiple documents explaining the guidelines for assessing school safety threats, and includes information about what personal information members of the team have access to regarding students they believe may pose a threat to the learning environment.

"In recent history, we have seen far too many tragic events, resulting in the loss of innocent lives," said Sen. M. Teresa Ruiz. "Equipping adults with the tools necessary to identity students as a potential threat can enhance the ability of our districts and schools to help identity any risks before an act of violence occurs."

Despite being recommended by the federal Department of Education and other federal agencies as a way to reduce the likelihood of violence in schools, some opponents of threat assessment teams believe it could perpetuate bias and enable school administrators to profile students based on a variety of factors including race, gender, or sexual orientation.

Threat assessment teams will not be able to disclose any additional information about students other than what prompted the behavior and the supposed threat, but will be able to report concerns to local law enforcement or other agencies, North Jersey reported.

The law will take effect immediately for the upcoming 2022-2023 academic year.