Roger Segal, 49, was attacked in the store's parking lot on Columbus Boulevard on Valentine's Day 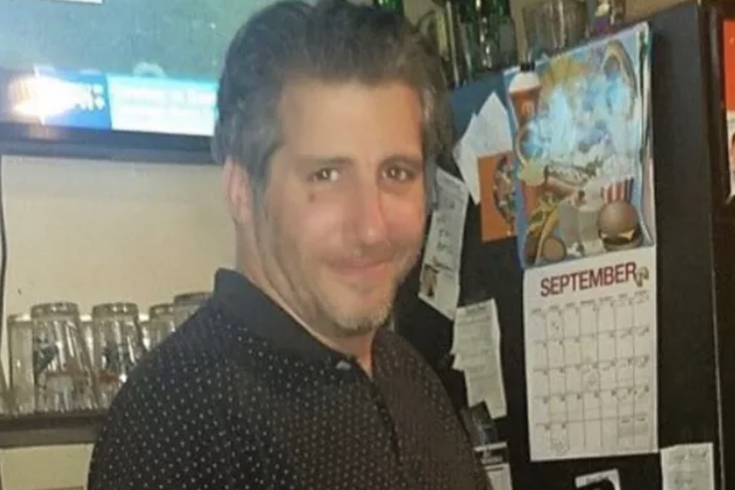 Roger Segal, 49, was fatally stabbed outside a Wawa store in South Philadelphia on Feb. 14. His family has filed a wrongful death and negligence lawsuit against Wawa, Southport Plaza and Allied Universal Security Company.

The mother of a man who was stabbed to death outside a Wawa in South Philadelphia has sued the convenience store chain, claiming it failed to protect her son from harm.

Roger Segal, 49, was killed on Valentine's Day when he stopped at the Wawa at 1602 S. Columbus Blvd inside the Southport Plaza. The local musician and bartender had just finished his shift at the Woolly Mammoth bar when he ordered food at Wawa around 1:30 a.m.

Segal was in his car in the parking lot when a man approached the driver's side and reached inside, police said. A struggle ensued outside of the car and Segal was stabbed in the stomach.

When the attacker fled, Segal got back into into his car, which was still running, and sat bleeding in the driver's seat, according to the lawsuit filed Tuesday by Kline and Specter, on behalf of Roger's mother, Elsie Segal, and other family members.

The suit alleges wrongful death and negligence against Wawa, the owner of the strip mall where the store is located, and the security firm that was hired to monitor the area.

Police weren't notified that Segal needed help until around 4 a.m., when a Wawa customer reported that a man appeared to be sleeping in a running car, the suit claims. Segal was taken to Thomas Jefferson University Hospital and died a short time later.

In the five years prior to Segal's death, there were approximately 90 reported assaults, robberies, shootings, weapon offenses and rapes that occurred on the premises of the strip mall, the suit notes.

"No security guard, agent, employee or representative of any of the defendants rendered aid as Mr. Segal bled inside his car for hours," the lawsuit reads.

In May, Walter Robbins, 55, was charged with murder, robbery and related offenses in connection to Segal's death. Surveillance footage from Wawa helped investigators identify Robbins, who allegedly had been acting suspiciously outside the store in the minutes leading up the attack on Segal.

At the time of Robbins' arrest, sources told 6ABC that the footage showed Segal going in and out of the store several times to check on his injury. He ultimately was found in his car when first responders arrived.

The Segal family's attorneys will seek to have Wawa's surveillance footage handed over as part of the discovery process in court, with the hope of getting a more complete understanding of what happened before and after the stabbing.

The Woolly Mammoth bar on South Street was hit hard by news of Segal's death and temporarily closed to grieve. Segal was well-known in Philadelphia's music community as a bass player in the bands Trashlight Vision and Sorry and the Sinatras.

A GoFundMe campaign after Segal's death raised nearly $44,000 to support his family.

The lawsuit, filed in the Court of Common Pleas, seeks unspecified damages from the defendants.

Wawa did not immediately respond to a request for comment on the suit.