Enter 2017 full of food and Champagne 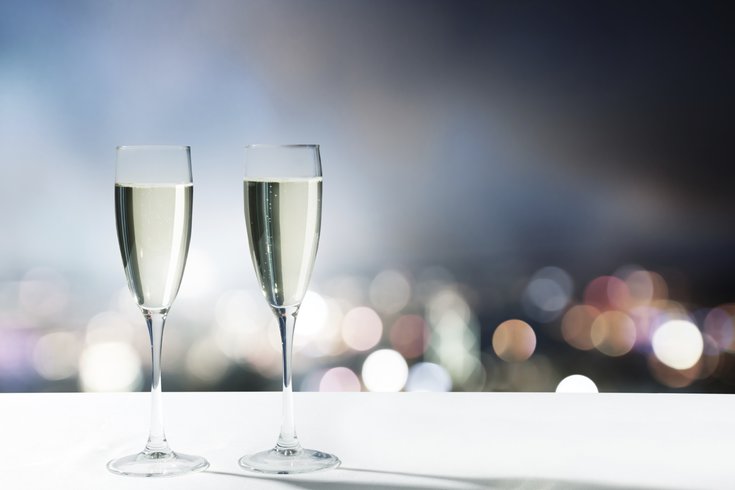 Champagne is always a top choice for special occasions.

Gather with friends, family and loved ones on New Year's Eve to share a meal before the clock strikes midnight. Many restaurants in the city offer prix-fixe menus to celebrate the holiday.

The multi-course meals (there's even a 16-course option included in this roundup) can be the highlight of the night or something to do before the late-night parties.

2017 is quickly approaching, so grab the Champagne and make plans.

Aqimero at The Ritz Carlton

Opt to dine at 5-8:30 p.m. and enjoy a four-course menu for $80 or head to the lobby restaurant beginning at 9:30 p.m. for a six-course menu and complimentary Champagne toast. The later seating is $150 per person. 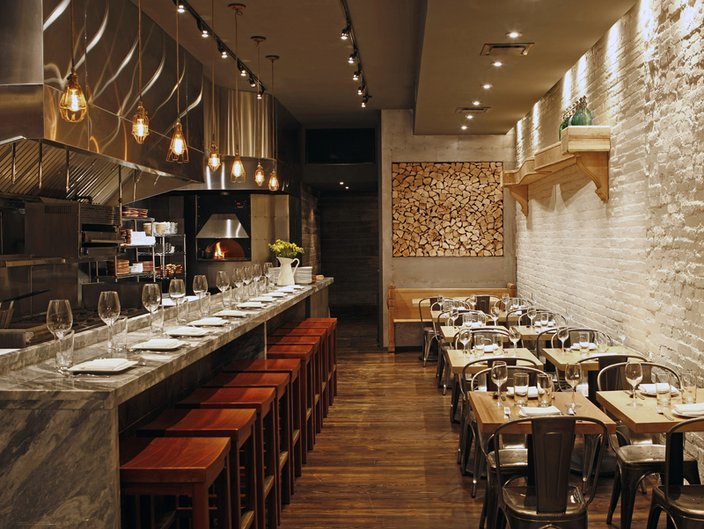 The Mediterranean spot will offer a four-course prix-fixe menu on New Year's Eve for $75 per person. Indulge in dishes like grilled octopus, braised lamb shank and the salted caramel budino.

On New Year’s Eve, the restaurant will offer its Holiday Trough Menu. The prix-fixe menu includes many of the restaurant's shareable, signature meats. The cost is $75 per person.

This Old City restaurant will serve a special four-course prix-fixe menu on New Year’s Eve for $99 per person. 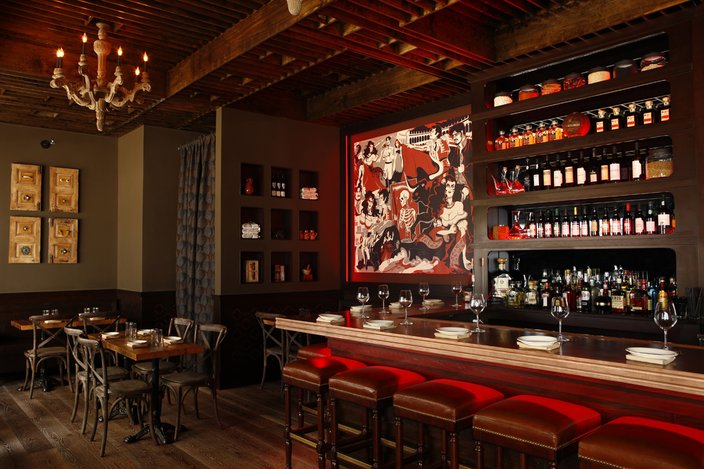 This Spanish restaurant known for its tapas and intimate dining space will offer a $50 four-course prix-fixe menu on New Year's Eve.

The restaurant on Frankford Avenue will offer a special New Year’s Eve four-course menu for $75 per person. An optional $40 beverage pairing will also be available.

The three-course menu includes dishes like duck, filet, oxtail and octopus. There will be a Champagne toast at midnight. 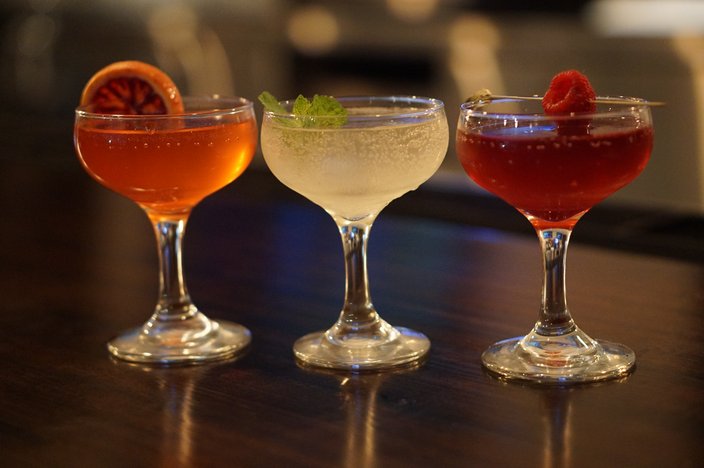 Courtesy of The Little Lion/PhillyVoice

Enjoy Champagne on New Year's Eve at The Little Lion.

What's New Year's Eve without Champagne? The Little Lion wants to highlight the bubbly drink during its holiday prix-fixe menu.

The first course will pair Lemon Fizz with lobster consume. The second course includes the Ginger Blueberry Hibiscus with a choice of vegetable dish.

For the third course, the Elderflower Collins will be paired with the main entreé. Finally, the Lavender Drop will accompany dessert.

The New Year’s Eve menu is $75 per person. Dinner and evening bar service will begin at 4 p.m.

Contemporary Mexican plates will make up the bulk of the restaurant's New Year's Eve four-course menu. The cost is $50 per person, but budget in the cost of drinks. Lolita is known for its margaritas, and they come by the pitcher.

Interested in a feast? Marigold Kitchen is offering to cook 16 courses for $125 per person. Included are dishes like cured salmon, popcorn, Maine lobster, paella, brie and a foie gras Rueben. 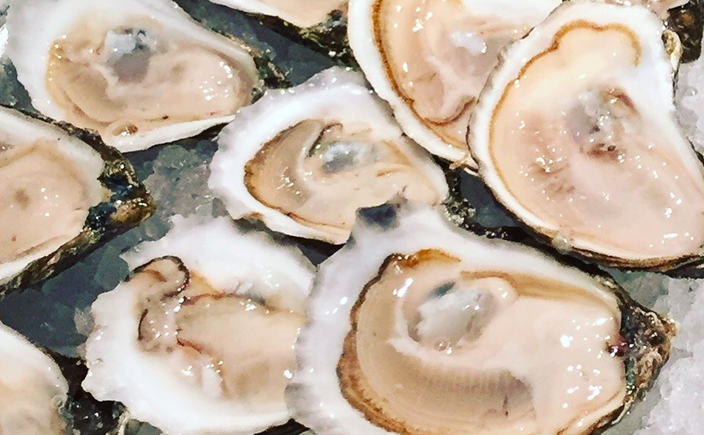 Oyster House is known for its Buck-A-Shuck happy hour.

Oyster House's four-course menu features Maine lobster, caviar, oysters and other seafood specials. At midnight, there will be a complimentary Champagne toast. Reservations for dinner begin at 5 p.m.

Plenty Café's newest location in Queen Village will host a New Year's Eve party. The $45 three-course menu will include cold-weather foods from the Alpine region of Europe.

Three seating times are available when making a reservation: 6 p.m., 8 p.m. or 10 p.m. Stay until midnight and receive a complimentary Champagne toast. 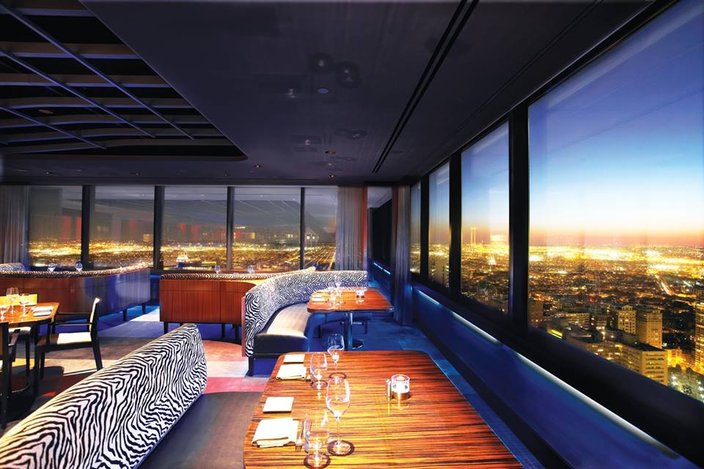 R2L offers guests a beautiful view while they enjoy their meal.

Ring in 2017 at R2L on the 37th floor of Two Liberty Place. Choose between two prix-fixe menus. The first is a three-course meal between 5 p.m. and 7 p.m. The second dinner is four courses between 7:30 and 9:30 p.m. The later dinner will include a Champagne toast, live music, dancing and party favors.

For those interested in window seating, there will be limited seating available for $95 at the earlier time and $200 later in the night.

This BYOB will offer a five-course prix-fixe menu for $95 per person, from 5:30-10:30 p.m. Dishes on the menu include scallops, ravioli, veal leg and ginger cake.

Make a reservation starting at 8 p.m., and the table is yours until 1 a.m.

Enjoy a five-course prix-fixe menu on New Year’s Eve for $85 per person, with an optional wine pairing available for $50. There will be three seatings, and the restaurant will close at 11 p.m.