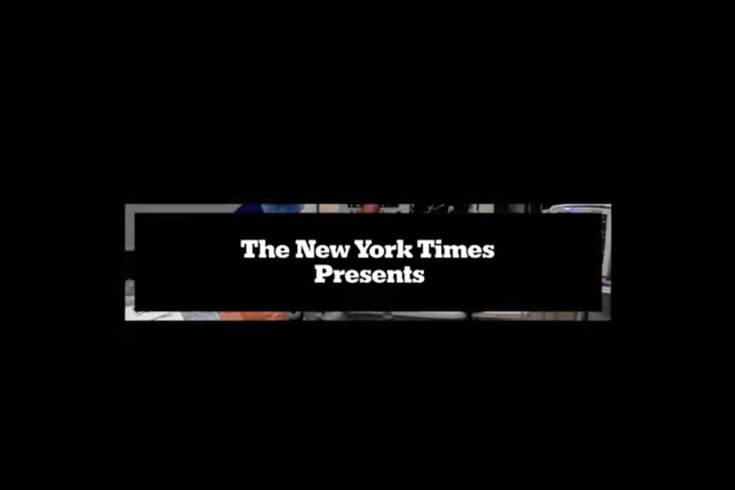 The premiere episode of Hulu's docuseries 'The New York Times Presents', titled 'They Get Brave,' tells the story of the lives of doctors and nurses working in New York City at the height of the COVID-19 pandemic earlier this year.

The 10-episode documentary series "The New York Times Presents," the second of its kind produced by the news organization, is now available on Hulu. It explores breaking news, investigations and character-driven stories and features reporting from journalists at the New York Times."

The first episode, titled "They Get Brave," went live in July. It tells the story of the lives of doctors and nurses working in New York City at the height of the COVID-19 pandemic earlier this year.

The second documentary, released earlier this month, focuses on a young musician who went from anonymity to a multi-million dollar record deal, a debut album, and an international tour. The documentary is titled "This is Dominic Fike: The Next Big Thing?"

Eight more episodes in as many months are scheduled in the docuseries, among them is an in-depth look at the killing of Breonna Taylor by police in Louisville, Kentucky.

Each episode airs simultaneously on Hulu and FX.


"The New York Times Presents" is the second project by the news organization in conjunction with both the streaming service and television network. Last year, the New York Times released its first television documentary project, "The Weekly," also on Hulu and FX.

That 30-episode series featured half-hour documentaries produced starting in 2019 and that ran through earlier this year. The series won a Pulitzer Prize for Investigative Reporting in 2020 for an exposé about the New York City taxi industry.

All episodes of "The Weekly" are also available to stream on Hulu.