Three men affiliated with a group called The Base devised the plot and assembled illegal firearms, the FBI says 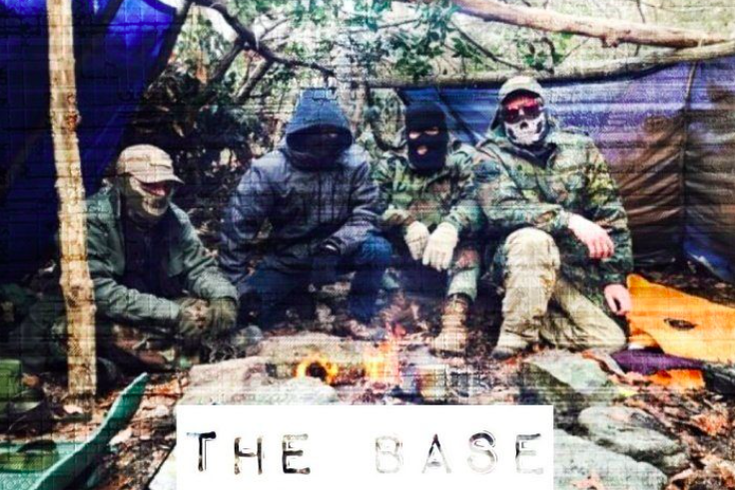 A trio of men in Newark, Delaware, linked to The Base, a violent extremist group, were charged after FBI agents found evidence of their plot to create chaos at the gun-rights rally in Richmond, Virginia on Jan. 20. Members of The Base claim to have cells operating throughout the United States.

Three men associated with an extremist neo-Nazi group are charged with hatching a plan out of their Delaware apartment to incite a violent race war at the gun-rights rally in Richmond, Virginia, earlier this month, federal prosecutors said.

A pair of indictments handed down in Delaware and Maryland on Tuesday allege the three men intended to create chaos while attending a Jan. 20 rally in Richmond. Second Amendment activists were assembling in the Virginia capital to protest gun control laws advanced by newly elected Democrats.

Prosecutors became aware of the three men after infiltrating encrypted chat rooms operated by "The Base," a vigilante white supremacist group whose members believe they are defending the "European race" against corrupt Jewish values, according to the Anti-Defamation League.

Lemley is a former U.S. Army Cavalry scout. Mathews, who has a background in the Canadian military, was on the lam after illegally entering the United States amid an investigation by the Royal Mounted Canadian Police. Bilbrough allegedly played a role in helping secure DIY firearm parts and planning the attack from the safehouse in Newark.

Surveillance of the three men revealed they allegedly were assembling ghost guns from "kits" that enabled them to evade background checks. These firearms, often built from cheap parts obtained online or at gun shows, are untraceable because they don't have serial numbers.

An "80% receiver," for example, is the skeleton of a gun that only requires minimal further assembly to become a fully functional firearm.

Recordings taken after a "sneak and peak" search warrant at the Newark apartment revealed the group had performed tactical exercises there and discussed plans for an attack, the FBI said.

“You want to create f****** some instability, while the Virginia situation is happening, make other things happen,” Lemley allegedly told Mathews, according to court documents. The pair allegedly contemplated cutting power lines, poisoning the water supply and shooting police officers.

The trio believed their actions in Richmond would help precipitate what The Base and other extremist groups call the "boogaloo," an economic collapse resulting in a civil war, investigators found. Their goal was to establish a white ethno-state.

On Jan. 2, an FBI agent observed Lemley at a gun range in range in Maryland and heard a weapon firing what sounded like multiple rounds at a time.

"Oops, it looks like I accidentally made a machine gun," Lemley allegedly told Mathews in surveillance recordings later that day from the Delaware apartment, according to court documents. Mathews then described the self-assembled weapon as "an ATF f****** nightmare," referring to the federal bureau of Alcohol, Tobacco, Firearms and Explosives.

Days before the rally, all three men were arrested in Maryland. They are charged with multiple firearms offenses and other crimes associated with transporting and arming Mathews, who's considered an illegal alien.

The specifics of how the trio planned to disrupt the pro-gun rally in Richmond aren't clear, yet. Prosecutors did not say whether they anticipated targeting the counterprotest, creating a situation similar to the 2017 incident in Charlottesville, Virginia.

The case is one of several in recent years involving ghost gun caches linked to plots of extremist violence, as noted in reporting by The Trace.

In Pennsylvania, Attorney General Josh Shapiro officially classified ghost guns and self-assembled kits as "firearms" last year, outlawing their possession by felons and others not permitted to own them.

If convicted, the charges against Lemley, Mathews and Bilbrough each carry sentences ranging from five to 20 years in prison.