A third person also faces murder charges for the deaths of Ana F. Mejia and Nicholas Connors in 1994 and 1995 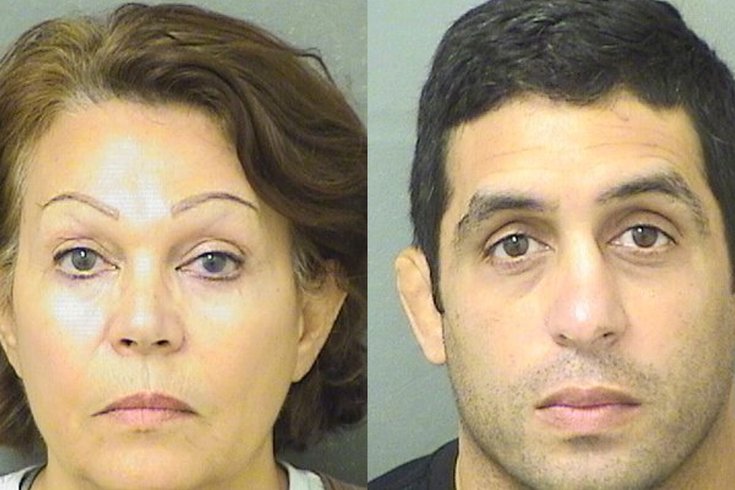 Delores Morgan, 66, and her son, Ted Connors, 47 – both pictured above – are charged in the 25-year-old killings of Morgan's husband Nicholas Connors and Morgan's sister Ana Mejia in Long Branch, Monmouth County. Jose R. Carrero, 48, also is charged with murder in the cases.

New Jersey police have charged a woman with murder for the deaths of her sister and her husband 25 years ago. Also charged with the slayings are the woman's son and another man.

Delores Morgan, 66, Tom Connors, 47, and Jose Carrero, 48, are all in police custody. Investigators said they have linked the three to the killings of Ana F. Mejia in December 1994 and Nicholas Connors in May 1995. Both alleged homicides took place in Long Branch, Monmouth County.

Connors and Carrero reportedly had told several friends about the killings. But the break in the case, according to NJ.com, was the discovery of a new transcript of a recorded conversation between Connors and a friend from September 1995 and new statements given to police late in 2019 by the suspect's friends.

Mejia, 24, was Morgan's sister. Authorities found her dead in the bedroom of her apartment Dec. 8, 1994. She had been stabbed multiple times and had a white powdery substance on her face that was later discovered to be baby formula, according to court documents obtained by NJ.com. Her children, a 1-year-old and 3-year-old, were found in the home unharmed.

In May 14, 1995, Long Branch police said Morgan's husband, Nicholas Connors, 51, was shot multiple times in the head. Morgan had discovered his body after returning home from her job at a Freehold nursing home, according to the Asbury Park Press.

All three suspects are charged with two counts of first-degree murder.