Maddison Leidy, 25, lived at the home where Schweikert's remains were discovered, investigators say. No one has been charged with her death 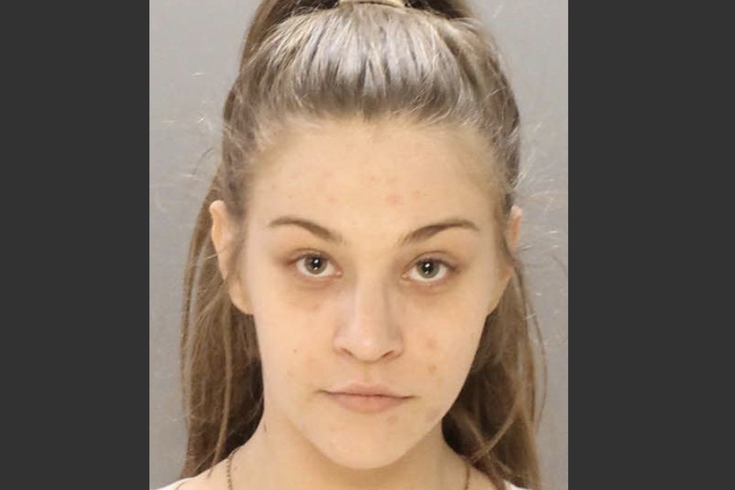 Maddison Leidy, 25, has been charged with abuse of a corpse and witness tampering in connection with the death of Erin Schweikert. Leidy lived in the home where Schweikert's body was discovered on Jan. 16. Her remains were found in a container in the basement of a property on the 2100 block of Porter Street. The cause of Schweikert's death is still unknown at this time.

Philadelphia police have charged one person in connection with the death of Erin Schweikert, whose remains were discovered wrapped in plastic and inside a plastic tub in a South Philly basement last week.

Maddison Leidy, 25, lived in the home on the 2100 block of Porter Street where Schweikert's body was found. She is charged with tampering with evidence, conspiracy, abuse of a corpse, and related offenses related to with the discovery of the missing 18-year-old, police said.

The connection between Leidy and Schweikert is unclear at this time. Leidy was arrested on Jan. 17 and is being held in jail in lieu of bail set 10% of $500,000, according to court records. Her preliminary hearing is scheduled for Feb. 5.

Schweikert went missing in September 2019 and was last seen in South Philly on the 2300 block of South Lee Street, about two miles from Leidy's home on the 2100 block of Porter Street. Schweikert also was a mother to a toddler-aged daughter.

At this time, police are awaiting autopsy results from the medical examiner to determine the cause of death, and no homicide charges have been filed against Leidy.

Schweikert body was discovered Jan. 16,  after Philadelphia sheriffs and the police department's Human Trafficking Task Force entered Leidy's home with an arrest warrant and a tip about Schweikert potentially being there.

Court records show that, in 2016, Leidy pleaded guilty in a robbery case. She was sentenced to probation and was imprisoned twice for violating her probation.

Investigators still believe the case is tied to human trafficking and the investigation is ongoing.

A fundraiser has also been started to help Schweikert's family pay for her funeral costs. The page was created in October to increase awareness about Schweikert's disappearance and raise money for a private detective to help search for her. To date, it has raised more than $17,000.