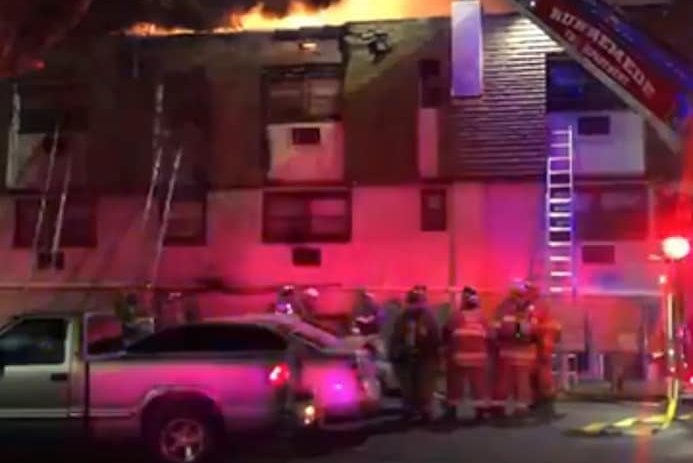 Nearly 30 people have been displaced following a three-alarm fire that damaged dozens of units in a South Jersey apartment complex early Tuesday morning.

The fire began around midnight at the Buttonwood Village Complex on South Blackhorse Pike in Gloucester Township, Camden County, according to 6ABC. No injuries were reported.

Smoke and fire were billowing out of one buildings when firefighters arrived. The blaze, which began in Building A spread quickly, eventually reaching a second building, officials told NJ.com. It took firefighters several hours to extinguish the fire.

Volunteers for Red Cross of New Jersey responded to the scene. The organization said it is providing emergency assistance to 29 people from 20 families.

Volunteers responded to a #fire at Buttonwood Village Apartments in #Blackwood, helping 29 people in 20 families with Red Cross emergency assistance for temporary lodging, food and clothing as needed.