The animals otherwise would have been euthanized, shelter says 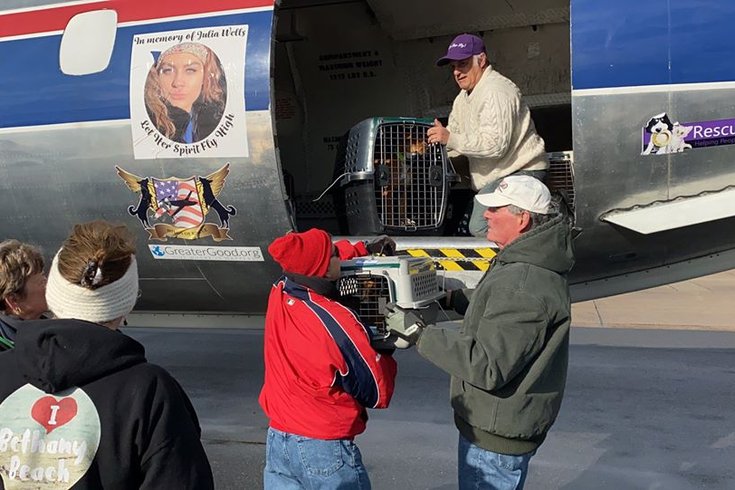 Thirty dogs from Puerto Rico animal shelters are being sent to the Brandywine SPCA for adoption because a series of earthquakes placed their lives in jeopardy.

Thirty dogs are headed to the Brandywine SPCA for adoption after being displaced from Puerto Rico by a series of earthquakes that rattled the island this month.

GreaterGood.org and Sato Project partnered with Wings of Rescue to evacuate Puerto rico animal shelters that were damaged by the earthquakes. A total of 110 animals are being rescued, including the 30 being sent to the Brandywine SPCA, a no-kill shelter based in West Chester, Chester County.

The animals likely would have been euthanized due to a lack of water and food, the Brandywine SPCA said in a Facebook post. The dogs all have health certifications and are currently being examined at the SPCA's animal rescue center. All of the dogs are expected to be available for adoption on Tuesday.

The dogs will be placed at each of the shelter's three locations, including West Chester (1212 Phoenixville Pike), Georgetown, Delaware (22918 Dupont Blvd.) and New Castle, Delaware (600 South St.).

The earthquakes, which began in late December, have caused massive destruction across Puerto Rico. A 6.4 magnitude earthquake on Jan. 7 — the largest earthquake ever recorded on the island — was followed by a 5.2 magnitude aftershock last week. On Thursday, President Donald Trump approved a disaster declaration for the U.S. territory.

The Brandywine SPCA is taking in the rescued animals following "one of the busiest intake weeks we've had in a long time," it noted.

The shelter placed 12,911 animals last year and increased its "no-kill level live release rate" from 95% to 96%. The shelter boasts that 13,607 animals were neutered and 14,691 animals were seen by the shelter's in-house, low-cost clinic.