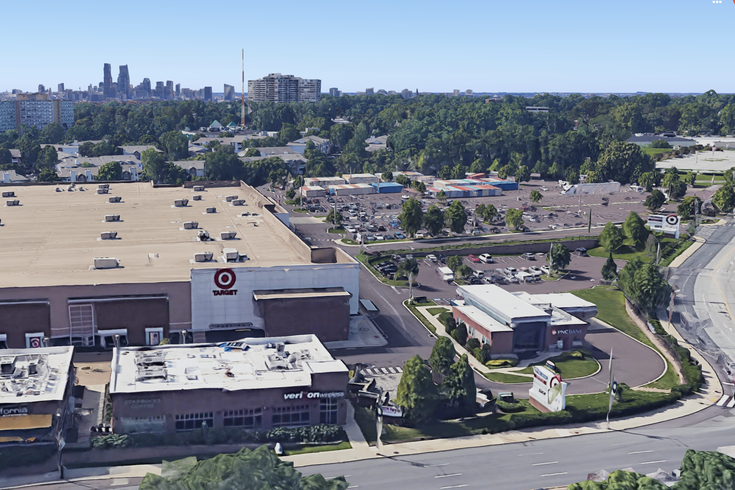 A shooting in the parking lot of a Philadelphia Target Store killed one person and injured two others on Tuesday, Jan 21, 2020. The store is located near City Avenue and Monument Road in Philadelphia's Wynnefield Heights neighborhood.

One man is dead and two others are injured after a shooting in the parking lot of the busy Target store just off City Line Avenue in the Philadelphia's Wynnefield Heights neighborhood on Tuesday night, Philadelphia police said.

Police believe the shooting stemmed from a drug deal. Philadelphia's Acting Police Commissioner Christine Coulter said two bags of marijuana were found inside one of the vehicles involved.

"It appears on the surface to be an attempted robbery or a drug deal that went bad," Coulter said from the scene of the shooting.

The man who died was found shot in the face inside an SUV in the parking lot,  investigators told CBS3 . The two people injured were a 31-year-old man, who had been shot in the back multiple times, and a 23-year-old with gunshot wounds to his shoulder, police said.

"It's absolutely dangerous, Coulter said. :The fact that there weren't more people who were injured, we're very very fortunate."

“This city is crazy. It’s scary. Guns, it’s just scary!” Police now say it appears to be a drug deal gone bad, or some sort of robbery. They believe another person was part of the group, but left. @NBCPhiladelphia at 11pm pic.twitter.com/Y8hDZAudCl

Officers reportedly responded on the scene just after 9 p.m.  That Target location is open until midnight, and the first police to arrive had been inside the store for a report of an unrelated robbery.

Alerted to the shooting outside, Coulter said they were able to pickup the injured men  in their cruisers  and transport them to the hospital, as well as provide other information to additional  police en route to the scene.

Two guns were recovered at the scene, and Coulter said at least seven bullet casings had been located by investigators.  One of the guns police found may have been dropped by a fourth person, who had fled.

"Based on the location where a gun was found," the acting commissioner said, "we think that someone else left the scene."

BREAKING: 3 shot, including one killed outside the Target in Wynnefield Heights. Cops say they found 2 guns and some drugs as well. A cop is walking around near one gun on the ground. @NBCPhiladelphia at 11pm pic.twitter.com/qIwOLRyqqS

The Target sits about a half mile off the Schuylkill Expressway near the intersection of City Avenue and Monument Road. It is the anchor of a shopping center that includes a PNC Bank, Verizon store and several restaurants. The Target's parking lot is located immediately across Monument Road from the 6ABC studios.