NFL admits the officials handed the Cowboys a win 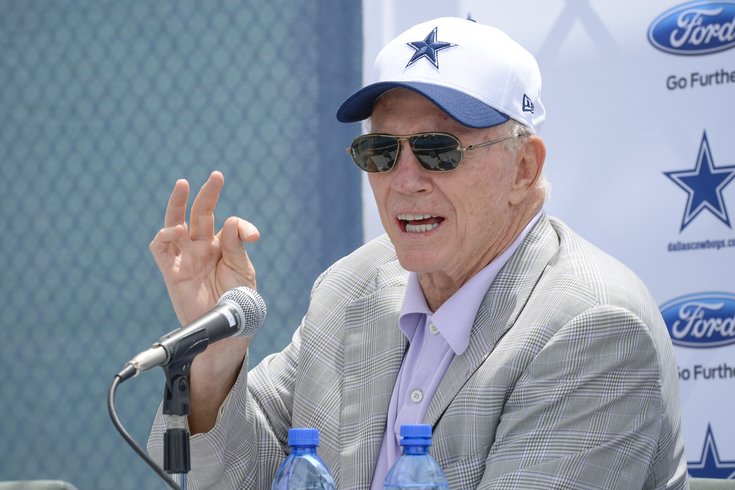 It wasn't just Eli Manning and Tom Coughlin who completely botched what should have been a Giants win over the Cowboys Sunday night. The officials also made two enormous errors that handed the Cowboys the win.

According to Kim Jones of NFL Network, the officials should not have flagged Dominique Rodgers-Cromartie for pass interference in the end zone, which led to a Cowboys TD, and they should have flagged the Cowboys for holding TE Daniel Fells on Eli Manning's terrible decision to pass at the end of the game.

Here's the awful pass interference call that shouldn't have been against Rodgers-Cromartie:

That occurred on 3rd down. The Cowboys likely would have attempted a field goal if the officials didn't mess this up. Instead, they got the ball with 1st and goal from the one, and eventually scored. That was four free points for the Cowboys, at a minimum.

And here's the holding non-call on Barry Church, who was mugging Fells.

You could have taken your pick on what to call here. Holding? Yep. Illegal contact? Sure. Clearly they're more than five yards past the line of scrimmage. 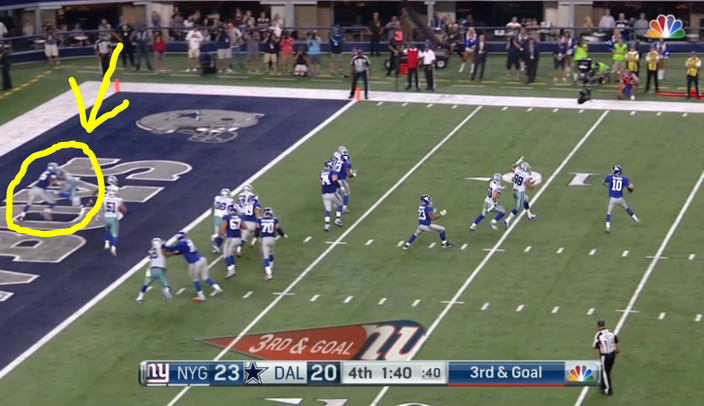 That would have been a first down, which would have allowed the Giants to kneel it three times, thus ending the game. Instead, the Cowboys are *1-0.