For the gambling degenerates out there, here are our NFL divisional round playoff picks, Saturday edition. We'll pick the Cowboys-Packers and Broncos-Colts games separately:

Tom Brady has won 18 playoff games in his career. A list of NFL teams who have not won that many games in the entire history of their franchises: Cardinals, Falcons, Ravens, Bills, Panthers, Bears, Bengals, Browns, Lions, Texans, Jaguars, Chiefs, Saints, Jets, Chargers, Seahawks, Buccaneers, and Titans. The Pats are healthy and should be able to move the ball on the Ravens' back end. Keeping Brady upright will be the key, but it could be a big day for the Gronk.

The Seahawks are the hottest team in football. More specifically, their defense has been insanely good. During their current six game win streak, the Seahawks have given up a grand total of 39 points, or 6.5 per game. Remember the Eagles' crappy offensive performance against the Hawks a month ago? Well, the 14 points they scored on Seattle were the most that anyone scored on Seattle during their win streak. That's how good they've been: 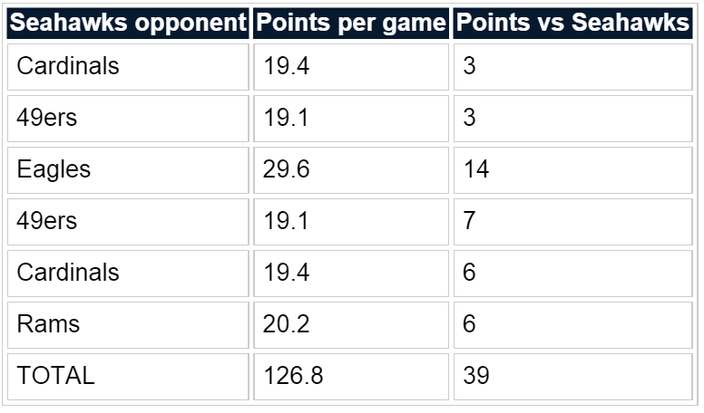 The Seattle D also hasn't allowed more than 250 yards in any game during their win streak. 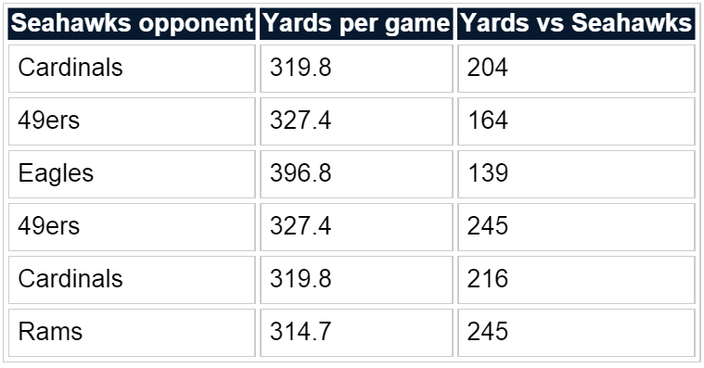 The Panthers' offense simply doesn't have enough weaponry to score on Seattle, especially in that building. Good luck, Cam.