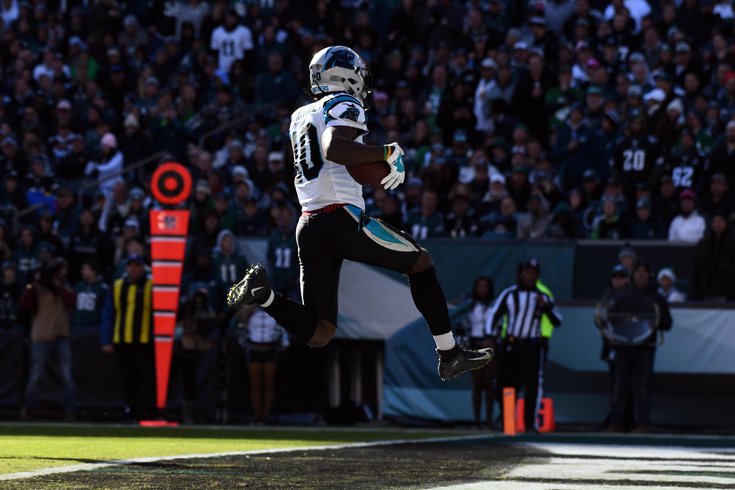 Day 3 of NFL free agency is in the books, and the Philadelphia Eagles still haven't added anyone yet. As long as they continue to be completely inactive, let's take a look around the NFC East at what the Dallas Cowboys, New York Giants, and Washington Football Team are up to. We'll go in order of each team's finish last season.

• WR Curtis Samuel: The Football Team added to the receiving corps by grabbing Samuel, a former teammate of Terry McLaurin's at Ohio State. In fact, they were in the same recruiting class at OSU.

We really talked about this in the dorms freshman year🔥

They probably dreamed of playing for teams other than this one, but Washington will have to do. 😉

2020 was Samuel's best season as a pro. While 851 receiving yards may not pop off the screen, he caught 79.4 percent of the passes that came his way, averaging 8.8 yards per target. For those of you who have 9 minutes to burn watching highlights of Samuel's 2020 season, here you go:

It is somewhat interesting that Samuel's best season in the NFL was also his only year away from Ron Rivera's coaching staff, which was in Carolina during Samuel's first three seasons.

MORE: Eagles finally give their side of the story on Carson Wentz trade | Eagles announce a trio of roster moves at the start of the new league year | WTS: Pros and (mostly) cons of a Deshaun Watson trade, what it would cost Eagles

Samuel signed a three-year deal worth $34.5 million in Washington, which might be a little on the pricey side, but he'll be an upgrade as the No. 2 WR option in their offense. He'll join a group that includes a legit No. 1 in McLaurin, an emerging TE in Logan Thomas, and a starting running back with some receiving chops in Antonio Gibson.

• RB Lamar Miller: Yep, that's the Lamar Miller who played for the Dolphins and Texans. Miller re-signed with the Football Team on Wednesday. If I'm being honest, I didn't even know he was on their roster in the first place. Apparently, the Football Team poached him from the Bears' practice squad late in the season in 2020.

• DE Ifeadi Odenigbo: Odenigbo bounced around the league a bit after being selected in the seventh round of the 2017 draft, before having a good 2019 season as a rotational edge rusher with the Vikings, collecting 7 sacks. In a bigger role as a starter in Minnesota in 2020, playing a total of 726 snaps, Odenigbo had just 35 tackles (3 for loss), 3.5 sacks, and 15 QB hits.

With the Giants, Odenigbo will likely once again become a rotational rusher, a role that better suits him. He signed on a bargain one year deal worth 2.5 million. Nice cheap signing by the Giants.

• CB Jourdan Lewis: Lewis is the Cowboys' starting slot corner. He is returning on a three-year deal worth up to $16.5 million, including $8M guaranteed.