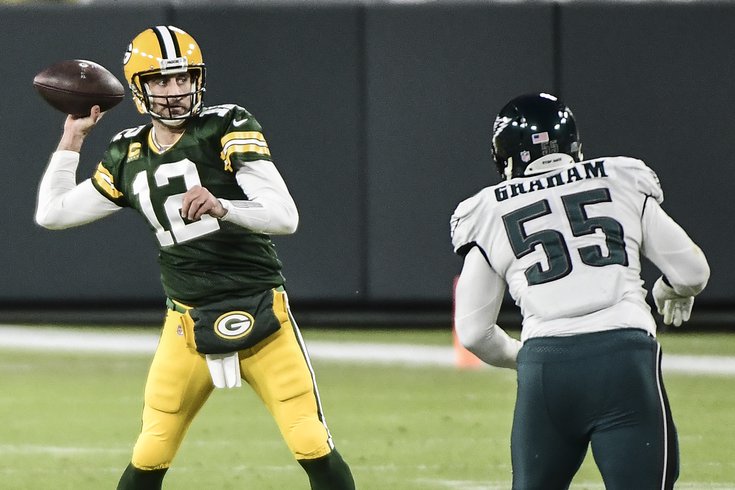 The reigning back-to-back NFL MVP, Aaron Rodgers hasn't played like his Hall of Fame self this year. Perhaps he's getting up there in his age-39 season, but an injury situation is at play with the Packers' quarterback too. Rodgers has an avulsion fracture of his right thumb, per NFL Network's Ian Rapoport.

Here's more from Rapoport on the nature of the injury:

It is serious enough that surgery is almost always the answer to fix this type of injury, according to people with knowledge of Rodgers' fracture.

An avulsion fracture can happen when extreme force -- such as a hit from Giants linebacker Oshane Ximines -- causes the ligament to rip away from the attachment, taking some bone with it. Essentially, it is a fracture and a torn ligament, resulting in joint instability.

That can affect grip, accuracy, and basically everything a quarterback does with his hands on the football. [NFL.com]

The injury dates back to the Packers' Week 5 loss to the Packers in London. Rodgers will continue to play through the injury ahead of Green Bay's Sunday Night Football matchup with the Eagles.

Rodgers has thrown seven interceptions through 11 games this season. That's the most he's thrown in a season since 2016. Rodgers is historically one of the least turnover-prone QBs ever, but given this injury and Father Time, the Eagles find themselves in a favorable spot to get their first ever home win over him.