NHL rumors: Flyers are 'listening' to calls about Shayne Gostisbehere, including from Montreal

The 26-year-old defenseman had a down year in 2018-19, but has shown high-end scoring ability 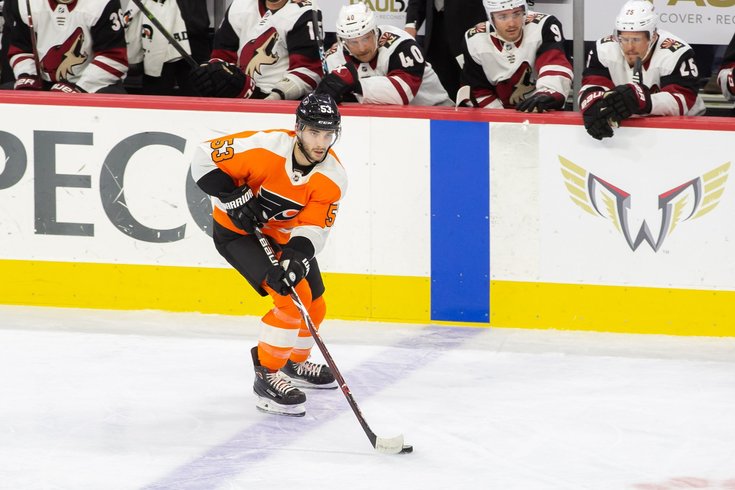 Shayne Gostisbehere was drafted by the Flyers in 2012. Could he be on the move before NHL's free agency period begins July 1?

Last week, rumors about the Flyers discussing a Shayne Gostisbehere trade trickled out across social media. The reports gained a bit of traction, but because the news didn't come from one of the sport's top reporters, they ultimately fell by the wayside.

MORE: What they're saying about Flyers' recent run of pre-NHL Draft transactions

Turns out, The Fourth Period's reporting had legs. The Athletic's Pierre LeBrun reported Thursday evening that the Flyers have taken calls from "a few" teams about Gostisbehere since acquiring defensemen Matt Niskanen and Justin Braun, and waiving Andrew MacDonald:

Flyers after acquiring two D have gotten calls from a few teams on LHD Shayne Gostisbehere. I think they would rather keep him but are listening. I believe Montreal is among those teams who have inquired.

The report is interesting for more than one reason. For one, the reporting from last week of Montreal's interest is clearly solid. Also, the inclusion from LeBrun that the Flyers would "rather keep him" feels like a play from Philadelphia's front office to try and keep the price high.

The Canadiens have an aging Shea Weber and a not-exactly-young Jeff Petry as two point-getting defensemen, but that's about it. Petry is coming off a career year, scoring 46 points, while Weber notched 33 of his own in 58 games.

Outside of those two, however, the Habs probably wouldn't mind adding a defenseman in Gostisbehere who has scored 187 points in 298 career NHL games. The Canadiens finished just out of playoff contention last year, and shoring up their blue-line scoring could be the nudge they need to reach the postseason next year.

The 26-year-old had a down year in 2018-19 after his breakout 2017-18 campaign, but he's shown he can make a team's offense better when things are clicking. The Flyers giving up on Gostisbehere, who carries a $4.5 million cap hit for the next four seasons, would feel strange, but perhaps general manager Chuck Fletcher has decided he has enough defensemen, and Gostisbhere can fetch a strong return in a trade.

If the Flyers are trading a good young defensive piece in Gostisbhere, what they're looking for in return is probably young, relatively inexpensive scoring. Left winger Max Domi is probably untouchable, but what about left winger Jonathan Drouin? It's worth an ask, at the very least. Left winger Arturi Lehkonen is also worth a shot, a 23-year-old with 41 goals in his first three seasons in the NHL.

Ultimately, parting with Gostisbehere will probably be tough for Flyers fans, but it appears Chuck Fletcher has more plans he wants to execute before free agency begins.