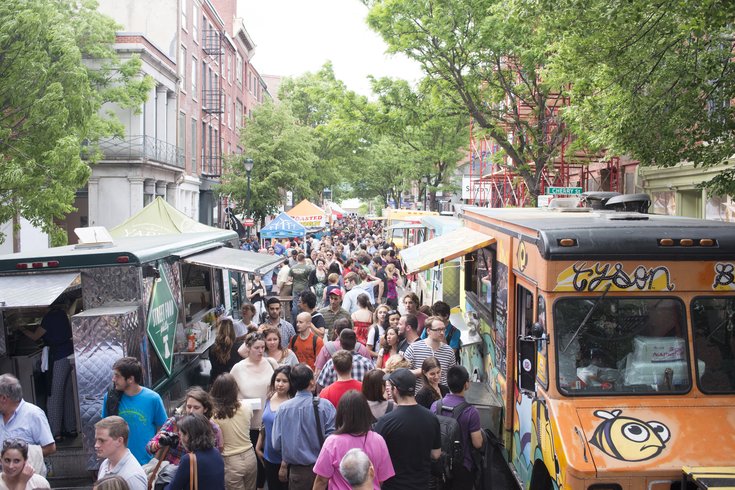 Night Market, the mega-popular street food festival, has released the lineup for its fifth season. For four days over the summer and fall, The Food Trust will bring dozens of food trucks and vendors to the streets of Philadelphia with live music and entertainment.

Without further ado, this season's locations are as follows:

Each event will run from 6-10 p.m. Last year's West Philadelphia event was a hit thanks to Lancaster's wide layout, so it's no wonder Food Trust chose to return. South Street West, Callowhill and Frankford & Girard mark all-new locations for Night Market.