Persistent arachnids at Spring Garden Station have remained for years, despite attempts to exterminate them 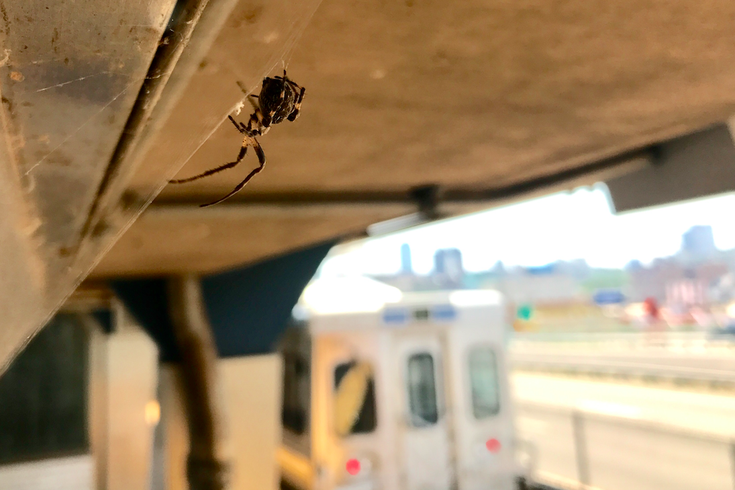 A spider hangs from the overhead light fixture at the Spring Garden stop along the Market-Frankford Line.

You're not alone if you feel like you've seen a disconcerting number of spiders inhabiting one of the train stations along SEPTA's Market-Frankford Line.

A spokesperson said on Wednesday that the transportation authority is aware of "the issue" at the Spring Garden Station – "a lot" of spiders seem to hang out there, and he added that SEPTA is taking steps to remedy the problem.

"For some reason, we do get a lot of spiders around overhead light fixtures," SEPTA's Andrew Busch said. "They're not on seating areas where passengers are, but they are on these light fixtures at night and we continue to have exterminators going out and treating [the fixtures] to deter them and keep them away and minimize it. But so far, they do seem to keep coming back at night." 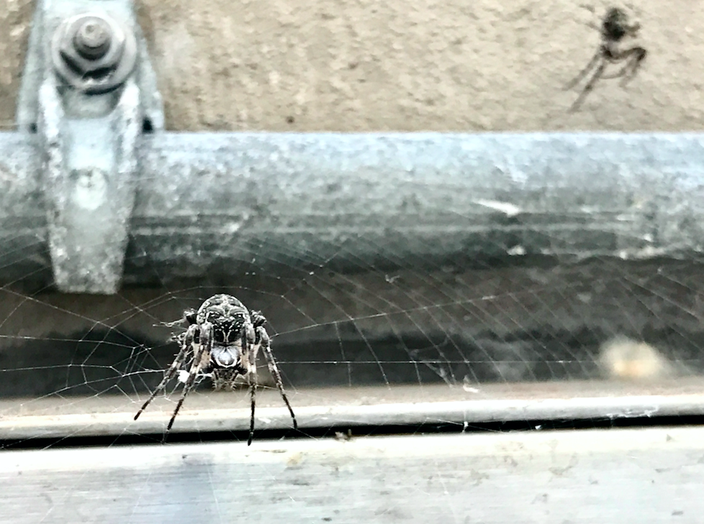 A spider found at the Spring Garden station along the Market-Frankford Line.

He's not sure of what species of spider is inhabiting the Spring Garden Station, nor how many live there, but added that they appear in warmer weather.

But Orien Weathersby, 39 of West Philly who relies on SEPTA to commute between her house and job in Fishtown, says she could count about 100 spiders between the light fixtures on both the east and westbound platforms Tuesday evening around 8 p.m.

At first, she didn't think much of a woman running down the steps as she headed up to the platform who shouted, "They should spray!" but noticed what she calls an "infestation" on the light sources when she tried to take a photo in the distance.

Weathersby couldn't stop thinking about the incident and upon waking up in the middle of the night, took to multiple Facebook groups to share the issue and got in touch with SEPTA's customer service team who took down Weathersby's report.

They told Weathersby that exterminators have been to the platform regularly, but will revisit.

"Obviously, if exterminators are coming regularly they are not using the right stuff," she said. "it needs to be further investigated. It feels unsafe."

Weathersby's not the only one to take to social media, either. SEPTA's customer service team has received three complaints about the spiders via Twitter in the last few days, Busch said. One user called the spiders "nightmarish."

@SEPTA Nightmarish number of huge spiders dangling from every light at Spring Garden station - Please hose down or something pic.twitter.com/kGLKkoOOiI

Busch called them a "phenomenon."

"It's kind of an anomaly, but we're doing everything we can," he said. "We're going to continue to talk to exterminators on ways to possibly treat it."

Though, it seems that the problem has been well documented on social media for years.

"Spring Garden Station? More like SPIDER Garden Station," one FourSquare user posted four years ago. "Don't look up – the spiders are watching you!"

Spring Garden stop on the El is teeming with giant man-eating spiders. WTF. WHERE IS MY TRAIN. DKIVUSJNSNVUL

The complaints come days after reports that thousands of roaches had crawled from a manhole in the city's Bridesburg neighborhood.

The spider problem is more likely to make a passenger's skin crawl than pose a health risk. The Center for Disease Control says that most spider bites are not venomous to humans, though some can be painful. The spiders to watch out for, however, are black widow and brown recluse spiders, which are most common in the southern, western and Midwestern parts of the U.S.

There have not been reports of anyone getting bitten, Busch said, but he admitted that the spiders are "probably something people don't want to see."

According to the CDC, "Spiders are usually not aggressive and most bites occur because a spider is trapped or unintentionally contacted."

Anyone who wishes to report the presence of spiders, Busch said, or any other non-human pests should contact customer service at (215) 580-7800 or get in touch with SEPTA's social media team on Twitter, @SEPTA_SOCIAL.

This story has been updated Wednesday evening with additional information from Weathersby.