Rumors confirmed as crossbow-wielding heroine to appear in 3DS game 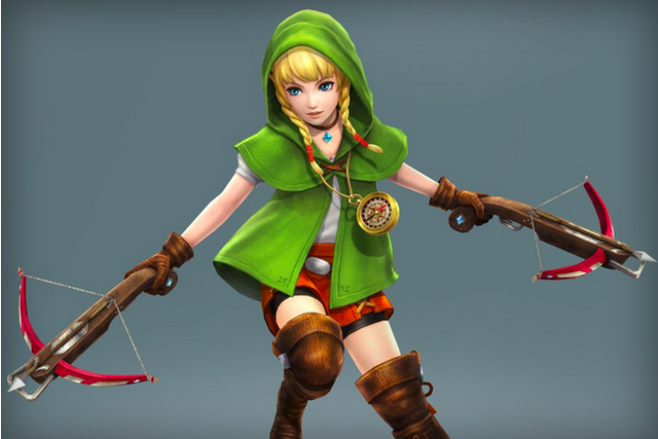 Linkle, a female version of Link from Nintendo's 'The Legend of Zelda' series, will appear in the handheld 3DS spinoff 'Hyrule Warriors Legends.'

One of the most widely respected and celebrated Nintendo franchises, 'The Legend of Zelda,' has finally put widespread rumors of a heroine to rest after revealing a dual crossbow-wielding counterpart to the game's featured character, Link.

The announcement came at the Nintendo Direct conference, where developers introduced the gaming community to Linkle, an exclusive playable character who will appear in the handheld 3DS Zelda spinoff, 'Hyrule Warriors Legends,' according to The Verge.

Drawings of Linkle first appeared in a developers artbook for the Wii U version of 'Hyrule Warriors,' creating buzz and anticipation among Zelda fans who have been kept in suspense since the summer of 2014. In June of this year, a trailer for 'Hyrule Warriors Legends' that included a crossbow leaked and fueled further speculation.

According to GameSpot, Linkle's primary move will be a spinning kick attack, in contrast to Link's spinning sword attack.

It's not yet clear whether Linkle will migrate to any other Zelda titles – 'Super Smash Bros.' fans would rejoice if it ever happens – but 'Hyrule Warriors Legends' will be released March 25, 2016.