Dr. Joseph F. Cipriano is one of four physicians charged with writing illegal prescriptions for painkillers and other narcotics 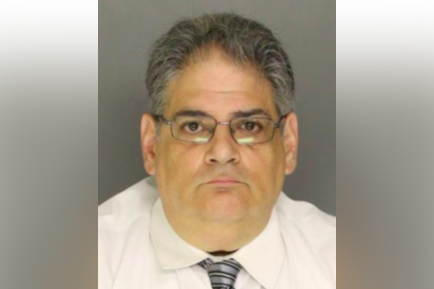 Investigators revealed the findings of a lengthy investigation on Wednesday morning, continuing what they described as a broader crackdown on the various sources fueling the deadly opioid epidemic.

"These four physicians who we investigated and arrested were not upholding their legal or ethical obligations as doctors," Montgomery County District Attorney Kevin Steele said. "By not following long-established standards of care, these defendants were contributing to the heroin-opioid epidemic and making it worse.”

The four doctors arrested were identified as follows:

The allegations that Cipriano traded prescriptions for opioids and other medications for nude photos of women were among the more disturbing discoveries made during the course of the investigation. Cipriano worked out of his home office at 905 DeKalb St. in Norristown.

Prosecutors said police first received a report of alleged misconduct in May 2017, when an individual directed investigators to an improper relationship between Cipriano and a drug-dependent female patient. After obtaining search warrants for the contents of Cipriano's cell phone, authorities said they discovered several suspicious exchanges via text message and Snapchat.

"OMG. Tired. Calling people back since 6 pm. Your beautiful pictures kept me going. LOL," Cipriano allegedly wrote in one text message on May 2, 2017, making reference to nude photos the woman allegedly had sent him.

The following day, in response to an overnight text from Cipriano, the woman implied that she wanted to continue their alleged arrangement.

"There's more where that came from I've been so stressed lately I appreciate the help," the patient wrote, according to police.

"Thank you so much. It's been a struggle to make ends meet. I'll send more pictures for ya is there any way you can spare maybe 20 or 30 more?" she later asked. "I'm sorry to ask. I'll make sure it's worth it though. Get ya through your Tuesday?!"

Cipriano allegedly received a nude photo from the patient later that afternoon and agreed to meet with her, investigators said.

Authorities alleged Cipriano preferred to use Snapchat to correspond with some of his female patients. The social media app is generally used for ephemeral conversations, photos and videos that are deleted unless otherwise saved or stored on the app's servers.

Search warrants on communications dating back to 2013 showed Cipriano had several ongoing Snapchat exchanges with female patients, prosecutors said, including at least one who openly spoke about her abuse of the pills Cipriano prescribed.

Some messages contained explicit sexual descriptions of what Cipriano allegedly fantasized doing to his patients.

The charges against the four doctors come as law enforcement and public health officials across the United States struggle to contain the effects of opioid abuse.

Drug overdoses killed at least 71,500 people in the United States in the last 12 months, an increase of more than 10 percent from 2016 to 2017, according to provisional counts by the U.S. Centers for Disease Control and Prevention.

"We must stem the tide of deaths and pain caused by heroin and opioid addiction through every avenue possible," Steele said. "Dirty doctors — who run pill mills by selling scripts, who provide drugs to addicted people, who are operating outside of the legal bounds of recognized prescribing methods and quantities — are part of the problem, not part of the solution."