The new event will fill the neighborhood with food vendors, games and entertainment 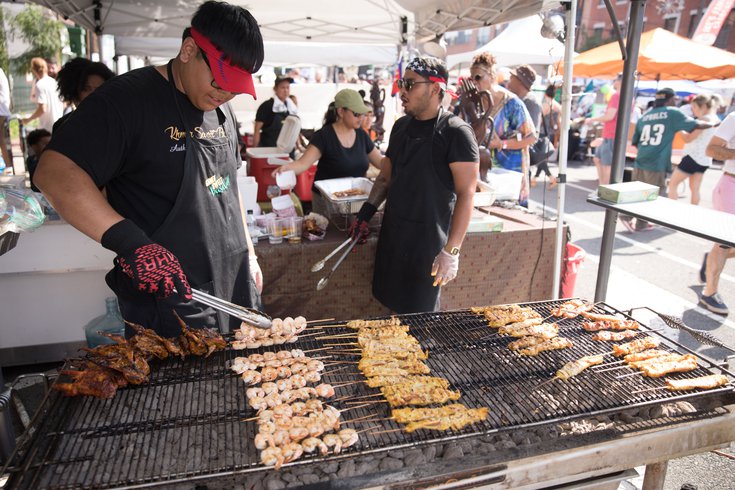 The first Northern Liberties Night Market will be held Thursday from 5-10 p.m. on Second Street, between Fairmount Avenue and Poplar Street. It will feature food trucks, games and live entertainment.

The first Night Market will take over Second Street between Fairmount Avenue and Poplar Street on Thursday from 5-10 p.m. It is being run by the organizers of the annual 2nd Street Festival, which has been on hold during the COVID-19 pandemic.

The free, outdoor event will become a larger, biannual event that takes place every spring and fall starting 2022. It draws inspiration from the former Night Market series that brought food trucks to a different neighborhood each week.

The neighborhood will be lined with dozens of food trucks, vendors, sidewalk cafes, lawn games and street performers.

Live entertainment from Snacktime Philly, DJ Frosty and the hip-hop dance organization Project Positive will take place throughout the night.

The 2nd Street Festival was founded in 2008 to bring more people to Northern Liberties and has grown into one of the largest annual events in the city, drawing in more than 40,000 people each year. It is typically held on the first Sunday in August.

"When we started the 2nd Street Festival, we just wanted to celebrate our neighborhood and have fun doing it," said festival co-founder and North Bowl owner Oron Daskal. "It's amazing how much interest it draws now and how much life it brings to Second Street."

Masks will be required at all times, except when eating or drinking in designated areas of the event footprint.