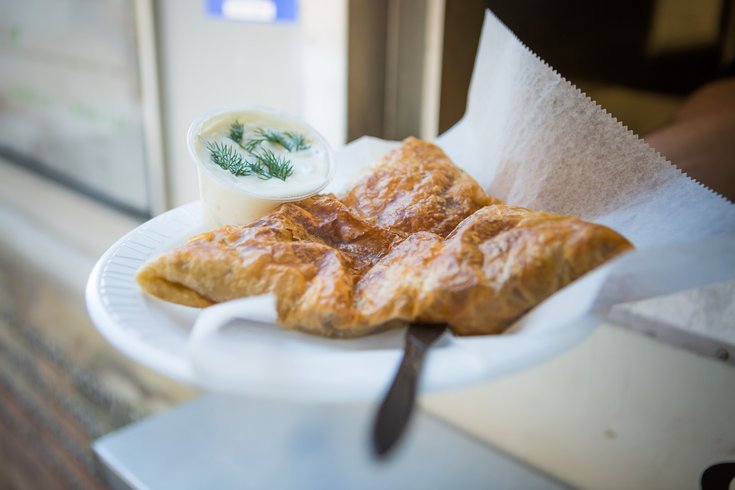 The next Night Market will take place in Point Breeze on Oct. 3. Pictured here is a savory pastry filled with vegetables from Authentik Byrek, one of the vendors that will be there.

Read More
UPDATE Oct. 2: The Food Trust announced it is ending Night Market Philadelphia after a 10-year run. Thursday will be the final one. Head to Point Breeze to experience the roving street food festival one last time.

Original story: The final Night Market is coming up. To close out the 2019 season, the traveling food truck festival will visit Point Breeze on Thursday, Oct. 3.

Last year's Night Market in the South Philly neighborhood was the most well-attended of 2018.

RELATED: Made in Philadelphia Fall Market setting up at Dilworth Park again this October

Ahead of the event, The Food Trust has announced all the vendors that will be in attendance – and it's a pretty good lineup.

Be on the look out for these three making their Night Market debut: The Clean Plate Club, Cousin's Maine Lobster and Boomer's Kitchen and Catering.

And in addition, neighborhood businesses like On Point Bistro and Cafe Ynez will set up booths.

The evening will also include entertainment. Head to the Reed Street stage at 9 p.m. for the headliner, The West Kensingtons.