Northern lights could be visible across Pennsylvania this weekend

The aurora borealis display, normally only visible near the Arctic, could make a rare appearance in the Keystone State 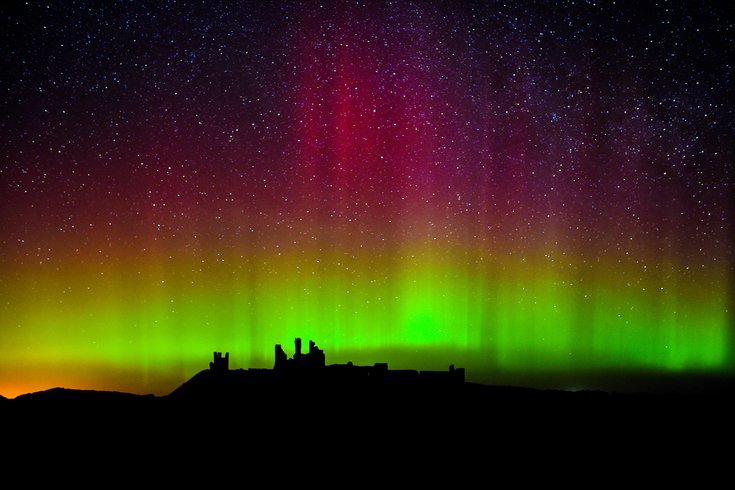 The auroral forecasts from the University of Alaska-Fairbanks' Geophysical Institute is showing a chance of seeing the northern lights in Pennsylvania on Friday night into early Saturday morning, and Sunday night into early Monday morning. But stargazers will have to travel to the northern end of the state. The photo above shows the aurora borealis in the sky above a castle in England.

If you're interested in staying up late and traveling a bit into northern Pennsylvania, you could spend the last weekend in September looking at the northern lights.

An unusually active weekend of geomagnetic activity is on the docket for this weekend, starting Friday night, according to the National Oceanic and Atmospheric Administration's Space Weather Prediction Center. A good chunk of North America, including a good portion of the United States' northernmost states, should be in range to see at least a little activity from the aurora borealis.

Here's what NOAA has to say:

If you were going solely by this graphic from the Space Weather Prediction Center, and you noted the red ring swooping down into Virginia, you might think seeing this rare natural occurrence, normally only witnessed near the Arctic, would be a shoo-in for Pennsylvania stargazers: 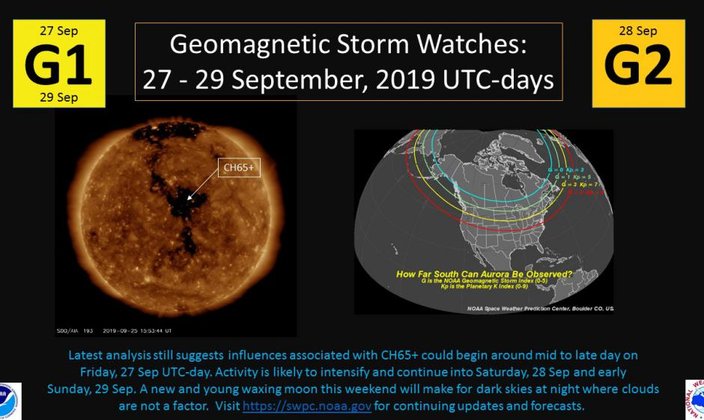 Unfortunately, it's not that simple.

According to auroral forecasts from the University of Alaska-Fairbanks' Geophysical Institute, your best chances at seeing the auroral activity in Pennsylvania will come Friday night into early Saturday morning, and Sunday night into early Monday morning. You'll also want to travel north of Philly.

As shown in the image below, the outer green band in the Geophysical Institute's forecast shows where auroral activity will be visible on the low horizon, while facing the North Pole. In the forecasts for Sept. 27 and Sept. 29, the band slices through Pennsylvania's upper reaches, crossing through what would appear to include Lycoming, Sullivan, Wyoming, Lackawanna and Wayne counties. 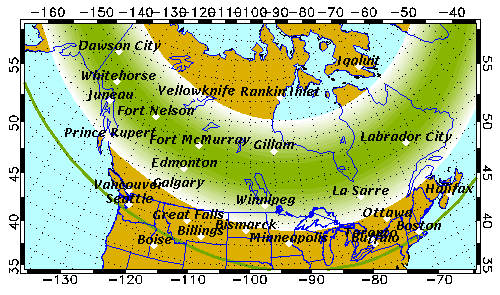 The northern lights could be visible in Pennsylvania this weekend, if you know where to look.

So, no, it won't be "walk out of my South Philly apartment and look at the sky"-level easy. But if you're up for a Pennsylvania adventure, you just might see something amazing.