Now Hear This: Five songs you need to listen to this week 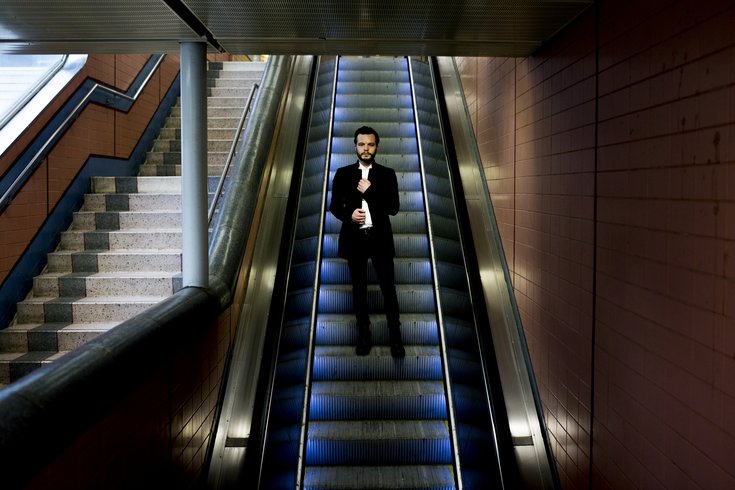 The Tallest Man on Earth.

Let’s groove. Raf Rundell (aka Raf Daddy) is one half of The 2 Bears along with Joe Goddard of Hot Chip, and this first outing from his absurdly named new project shares a lot of T2B’s playfulness and warmth. Its laid-back, continuously cresting filter-disco vibe is just the thing for these waning weeks of “sweet summertime” — per one of the track’s hypnotically overlapping vocal lines, which nudge it in the direction of songishness without ever fully committing. But I’ll wager you a poolside tiki drink that it’ll sound just as sweet any ol’ season.

2. The Tallest Man on Earth, “Rivers”

“I’ll sing of seasons till you turn me off,” quips Kristian Matsson — fall, in this case, being the operative one. Even in the craggy-voiced roughness of his early recordings, the Swedish troubadour’s music wasn't ever unpalatable, exactly, but it’s never been as simply, unabashedly pretty as this. “Rivers” is a clear-eyed rumination on the aftermath of loss — “when the love is gone but the need remains” — that finds Matsson’s high, uncharacteristically pure-toned tenor bolstered by an autumnal orchestral palette (piano, muted brass, whistling).

Now for some more nostalgia. The first new music in two years from Philly’s pop-punk stalwarts is a jaunty, pleasantly scruffy-around-the-edges slice of good old-fashioned pop/rock with some instantly obvious sing-along potential — particularly the “sha la la la Jersey girls” bit. It’s a rosy glance backward, “Glory Days”-style, to “the old days” — which must have been a long time ago indeed, if they really used words like “looker.”

From the familiar, fuzzy churn of its overdriven strums to the probing, surrealist spirituality of Dave Benton’s lyrics, it’s hard to imagine a song more unabashedly weaned on pure, raw Neutral Milk than the dynamically, well, driving opener from these indie torchbearers’ forthcoming Sub Pop debut. Somehow, that blatant (and rarely attempted) homage in sound and spirit doesn’t overshadow the song’s own unique hooks, both melodic and philosophical, which are impressive enough to hold their own — and to overcome my instinctual qualms regarding disem-vowel-ed, all-caps band names of this ilk.

It seems inevitable that the retro-minded authenticity mavens at Daptone Records, having surveyed soul, funk, afrobeat and gospel, would eventually welcome a reggae outfit into the fold. And that they’d be excellent. So it’s not surprising that this (also suspiciously “e”-averse) New York quartet have an uncanny knack for channeling vintage Jamaican rocksteady. But it’s still striking how well attuned they are to the style’s capacity for soulfulness and vulnerability — and, in this instance, for skeletal, slinking, blue-tinted dread — without compromising that crucial, weightless lilt. (The knowledge that lead vocalist Dan Klein died of ALS this June makes the track’s icy melancholy all the more poignant.)